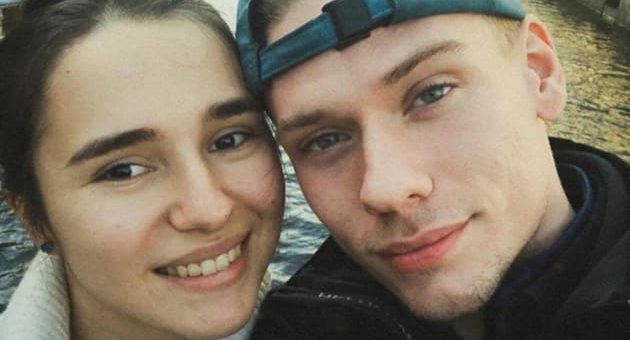 We’ve reached the end of the romantic line for yet another 90 Day Fiance Couple.


On Saturday, Steven Frend and Olga Koshimbetova confirmed via Instagram that they were going their separate ways… approximately one year after becoming husband and wife.


“People keep asking if Olga and I are [together] but the answer is, we went into this super blindly,” Frend wrote in his confirmation statement, adding:


“There’s a lot the show left out that’ll have people confused, but we have learned a lot about each other over this whole journey but we’re better at being coparents to our boy.


“We’re both civil and cause no drama because our son’s mental health is too priority.”


Steven, 21, and Olga, 22 appeared on 90 Day Fiance Season 6, telling viewers that they met randomly on a beach.


The latter, who hails from Russia, was in the United States for the summer when she met her eventual husband in Maryland. The two got pregnant just a month and a half after this initial encounter.


Koshimbetova, sadly, couldn’t stay in America and had to fly back home for visa reasons.


Shortly thereafter, Frend vowed to bring her back on a K-1 visa, only to reveal on the aforementioned season that he had putting off getting this vital task.


The season concluded with Olga still in her native country.


Finally, though, Olga received her visa in April of 2019, relocating at the time from Russia to Maryland to begin her life with Steven and their child, Alex.


However, fans noticed over the past few weeks that the husband and wife had unfollowed each other on Instagram, prompting rumors of theie relationship’s demiise.


Olga, meanwhile, added fuel to the break-up speculation when she jetted off for a trip to visit family in California with the couple’s two-year-old son, but not with Steven.


Where did it all go wrong?


What is the basis for the separation, aside from the obvious fact that the reality stars barely knew each other when they got married?


But he is asking folks not to jump to any conclusions.


“(P.S. Don’t assume you know the full story from this one little post),” he wrote to conclude his announcement this weekend.


Olga, for her part, has yet to address ths split on social media.


She last mentioned her husband in a post on September 22, writing:


‘Where is Steven? Where did you go? Why did you go alone? And many many others questions I received when I told that I’m going to California.”


Koshimbetova went on to explain she had simply visited an uncle, who had been living in California for the past 23 years.


It now seems, though, as if there was a very specific reason why Steven did not accompany his wife and son.


No word yet on whether any divorce papers have actually been filed.

Indian Premier League, MI vs DC: Shreyas Iyer Confirms Injured Rishabh Pant Out Of Action For At Least A Week

These pictures of Karishma Tanna will make you miss the sun, sand and sea
2020-07-20