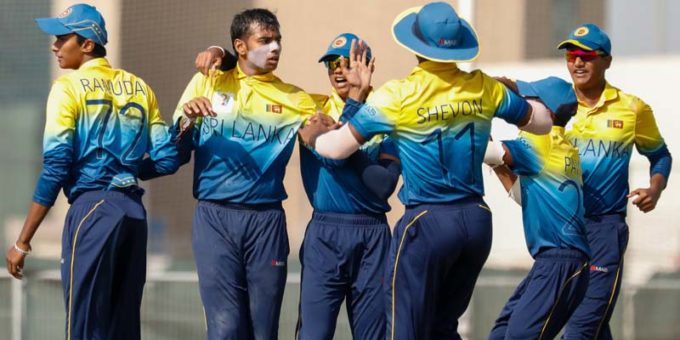 Sri Lanka have defeated Pakistan by 22 runs in the semi-final of the ongoing U19 Asia Cup in Dubai.

Pakistan never got going in the run-chase as they kept
losing wickets at regular intervals.

Ahmad Khan and Muhammad Shahzad were the only Pakistan
batters who showed some resistance, with 36 and 30 runs respectively.

For Sri Lanka, Traveen Mathew was the chief destroyer with
the ball as he claimed four wickets for 14 runs in 10 overs. Meanwhile, Dunith
Nethmika bagged three wickets.

Earlier, after deciding to bat first, Sri Lanka found
themselves in all sorts of trouble by losing eight wickets for just 70 runs on
the board.

However, tailenders Matheesha Pathirana, 31, and Yasiru
Rodrigo, 31 not out, added some respectability to Sri Lanka’s score. The entire
team was dismissed for 147 in 44.5 overs.

For Pakistan, pacer Zeeshan Zameer was once again impressive
as he bagged figures of 4/32 in 10 overs. Meanwhile, Ahmad Khan and Awais Ali
bagged two wickets each.

Sri Lanka will face India, who defeated Bangladesh by 103
runs in the second semi-final, in the final of the event tomorrow.