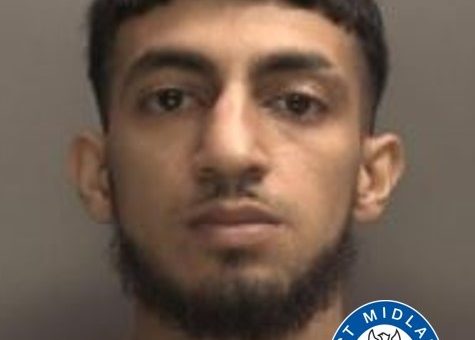 A man has been jailed after causing a serious collision in which left a 17-year-old girl with significant injuries.

Mohammad Jamal Gul, aged 23, was driving a VW Golf towards Lichfield Road at speeds of up to 73 mph.

He lost control, mounted the pavement and hit a wall. The impact then forced the car in the central reservation after taking out a lamppost and two illuminated bollards.

He was ejected through the front windscreen and his passenger, a teenager, was left hanging out of the nearside window.

They both suffered serious injuries, the young woman had a bleed on her brain and multiple broken bones.  While she is out of hospital, she continues to receive medical treatment as she works towards a full recovery.

A blood test confirmed Gul was over the drink drive limit.

Gul from Kingsley Street, Walsall, pleaded guilty to causing serious injury by dangerous driving and driving over the prescribed limit for alcohol. He was sentenced to two years in prison and was disqualified from driving for five years at Wolverhampton Crown Court.

“He was drink driving and his speed was excessive.

“The impact with which the car hit the wall was frightening and in my opinion it’s fortunate they did not lose their lives.

“My thoughts are with the young woman who must have been terrified at what happened. I wish her all the best with her recovery and for the future and I hope this sentence offers some comfort to her and her family.

“Drink driving and driving too fast is dangerous and both carry serious consequences.”