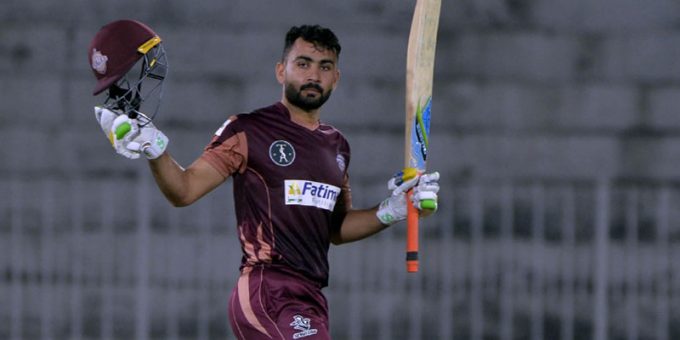 The 25-year-old registered the fastest century scored by a
Pakistani batsman in the 20-over format off just 35 balls during a National T20
Cup 2020-21 match against Sindh. His blistering knock helped his side in
registering their first win in the tournament.

In a video posted by the Pakistan Cricket Board (PCB) on
their official twitter account on Sunday, Khushdil revealed that he keeps a
close eye on the performances of Morgan and Miller.

“I try to learn from the best in business and adopt
their practice routines,” he said. “I used to watch David Miller and
then I saw Eoin Morgan in England on how he constructs his innings.”

The left-hander further stated that sharing the dressing
room with senior players has worked a great deal in improving his performances.

“I am a natural power-hitter and the experience of
spending time with the men’s national team in England helped me to learn a lot
more about batting,” said Khushdil. “The coaches worked a great deal on me and
I used to stay in the ground with them from sunrise to sunset.”