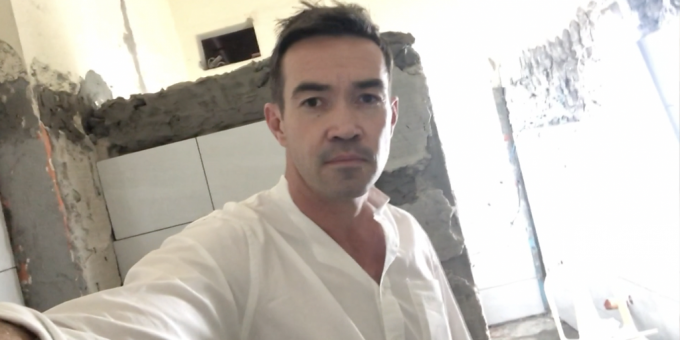 They may not be as popular as the Olympics or the FIFA World Cup, but the Southeast Asian Games (SEA Games) are a big deal in this region.

They’re seen as a way of showcasing the aspirations and vision of the host country as well as preparing athletes for bigger global competitions.

But it appears things are not going well for this year’s host, the Philippines.

The build-up to their hosting of the 30th SEA Games this weekend has been mired in controversy, over allegations of spending irregularities, unfinished venues and poor treatment of athletes.

Social media has been abuzz with images of visiting athletes sleeping on the floor or on airport benches because of logistical errors. The hashtag #SEAGamesFail began trending.

Singapore team’s chef de mission, Juliana Seow, wrote a letter of complaint to the game’s organisers calling on them to resolve “teething problems”, citing cold food and a shortage of halal options for their Muslim athletes.

Elsewhere a video taken in a recently renovated games stadium in Manila appeared to show that workmen had put two toilets into one cubicle.

The video has been viewed hundreds of thousands of times.

But the Philippine Sports Commission has accused local journalist Angel Movido, who reports for the ABS-CBN news network, of faking the video. They claim the video was filmed “some time ago”.

This week’s allegations have “displeased” the Philippine government, prompting President Rodrigo Duterte to call for an investigation once the games are over.

The organising committee has said the investigation will also cover “the proliferation of fake news” ahead of the event, which they say had put it “in a bad light”.

Mr Cayetano has apologised for “inconveniences” to athletes but downplayed the media’s portrayal of the games’ preparations as chaotic.

Mr Cayetano says issues in passing the Philippine national budget are partly to blame for the rocky preparations.

The controversy over the SEA Games, which officially begins with an opening ceremony on 30 November, was first sparked when an opposition senator raised questions over what he called “extravagant” spending on the games’ $900,000 cauldron.

Senate minority leader Franklin Drilon said about 56 classrooms could have been constructed with the fund, instead of building a cauldron that will only be used once.

Mr Cayetano defended the money spent on the construction, calling it a “work of art” while noting that Singapore spent $1.2m on its cauldron when they hosted the games in 2015.

This week journalists have also been complaining about a chaotic accreditation system.

I submitted my accreditation request more than two months ago and, despite onscreen confirmation of the submission and two follow up emails, I have yet to receive my official accreditation.

On Wednesday, I went to the main media affairs centre in Manila to resolve the issue and I was told a printing backlog had delayed the issuance of my pass.

Instead, I was given two one-day passes for the two-week games and told I would need to go back to an accreditation centre if I wanted passes to cover more events.

Using one of the passes, I visited the newly refurbished Rizal Memorial Stadium ahead of the Philippines v Myanmar football match.

Like in the Olympic Games, SEAG football group games begin before the opening ceremony because of the sheer number of matches.

Despite it being a game day, I could see construction work was still going on.

Pitch-side, the stadium and playing surface looked good, but in the corridor where the teams walk out before the game, two labourers were busy cutting and tacking a red carpet to the ground.

The sign for the Philippine national football team’s changing room was printed on A4 paper while the steps up to the room were covered with flattened cardboard boxes.

Two doors down, we entered a changing room that was still under construction. Electric wires were hanging precariously from the ceiling and the yet-to-be-tiled walls were wet with fresh cement.

But elsewhere in South East Asia football is growing in popularity rapidly, with national players becoming stars of social media.

It is for this reason images of the East Timorese and Cambodian players suffering because of delays were widely shared around the region.

After my visit to the stadium I spoke to Mr Duterte’s spokesman, Salvador Panelo.

He told me that the athletes had nothing to be concerned about.

“Delays with transportation and checking in are normal,” said Mr Panelo.

“It’s an everyday occurrence in any part of the globe. But with respect for certain snafus, the organisers have already apologised for that and they have committed to do better next time.”

Mr Panelo also said that some of the reporting about the preparation issues is inaccurate and “false news”.

So will the games be a showcase for the country’s strengths? A true reflection of President Duterte’s rule?

“The president is performing exceedingly well as the leader of this country, some mis-performances [ahead of the games] is not a reflection of the performance of the president.”

After 240 Years and 7 Generations, Forced to Sell the Family Farm