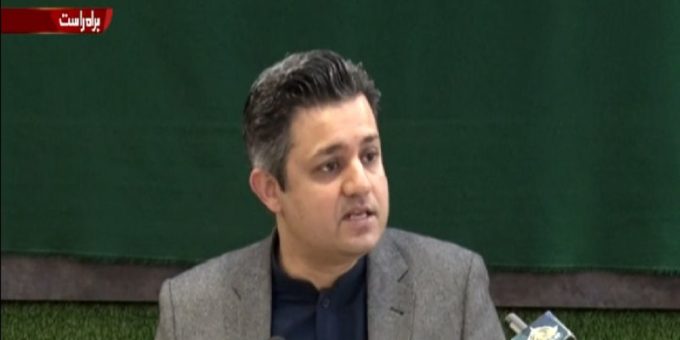 Addressing a press conference in Islamabad on Saturday, Federal Minister for Energy Hammad Azhar has said the Sindh government of playing Sindh card and half of the gas that province produce is used by itself.

“The income of our people has not increased,” he said and added the country’s economy was paralyzed after 1960, while the PTI government has introduced basic reforms in its 3 years tenure.

The minister said that the industries and exports have flourished in the country.

He said the federal government would own the entire assets of SBP while the appointment and removal of SBP governor, deputy governor and board of directors was also under the domain of the Central government. The legislation would free the SBP from politicized decisions, he added.

To a question, he said Pervaiz Khattak has raised the issue before the prime minister that there was ban in new gas connection in his constituency. He said PTI was a democratic party and every member has right to speak in the party’s meeting.

The minister said that the country’s exports would be brought at $ 30 billion this year while Rs 6000 billion tax collection would be collected during the said period which would be a record.

Azhar went on to say that the entire world has praised Pakistan for compliance of 26 points out of 27 given by Financial Action Task Force (FATF), adding that new power plants were set up in past without assessing the old power plants established by Independent Power Producers (IPPs). The government renegotiated with IPPs which would bring improvement in the power sector, he added.

He said: “The government for the first time approved Indicative Generation Capacity Expansion Plan (IGCEP) model in the country under which in future power projects would be set up purely in opening competitive bidding as per the requirement.”

“In past, focus was given only to generation of electricity while no attention was paid to power distribution in the country,” the minister said. In past, our system could not transmit around 20,000 MW while 24,700 MW electricity was transmitted during the last year, he said.

Hammad said system could easily transmit 30,000 MW by 2023. The government has completed 4000 MW HVDC transmission line project which was only present in the papers, he added.

He said 2nd phase of Neelum Jhelum transmission line project has also been completed yesterday which would supply electricity from Neelum Jhelum and Karot Hydrpower Projects to Sialkot and Gujrnawala districts.

WhatsApp is working on introducing a new update