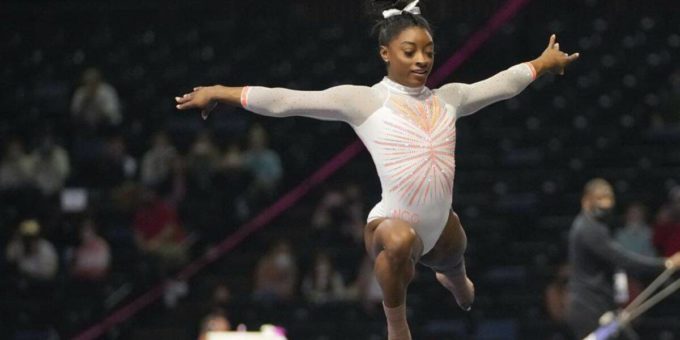 After the recently-concluded Olympics at Tokyo, US’ Simone Biles was seen letting her hair down. The gymnast shared pictures on social media where she looked lovely in a sky blue bikini. With her bandana tied, she wrote, “beaching until further notice”.

In another picture, she was seen in a multi-colour bikini. She wrote, “on island time,” as the caption.

Biles’ recent Olympics outing has been memorable in the way she chose not to compete till she finally did and won bronze. In her refusal, she compelled the rest to take cognizance of mental health especially at a time like this. “[I]t wasn’t an easy day or my best but I got through it. I truly do feel like I have the weight of the world on my shoulders at times. I know I brush it off and make it seem like pressure doesn’t affect me but damn sometimes it’s hard hahaha! The olympics is no joke! BUT I’m happy my family was able to be with me virtually🤍 they mean the world to me!” she wrote later.

Make This Delicious Paneer Kulcha Recipe To Enjoy This Weekend