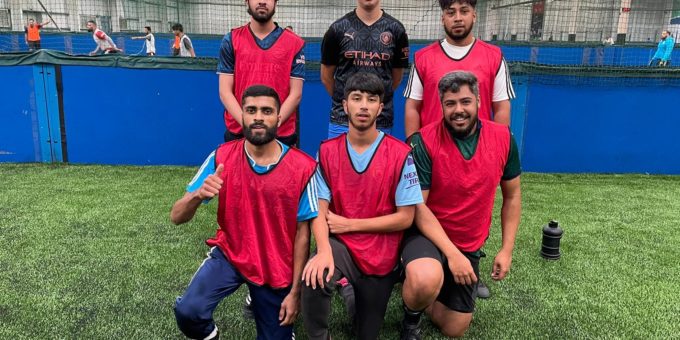 The tournament held at the Soccer Dome in Blackburn sees players seeded in terms of ability and then teams are picked out of a hat which allows for more equal strength teams. The seeding also incorporates a young player to each team.

As a result a young Kokni player who may not have any tournament experience can play and is supported alongside more experienced footballers.

The consequences of this are the impact on the members of the Blackburn Kokni community itself, with the real risk of the very identity of this group being diluted and eroded further whilst trying to navigate being part of BAME communities and adopting and being part of British culture as a whole.

The younger generation of this community are at most risk as their understanding of their identity is not as clear cut compared to the older generation, who are likely to have stronger ties and links to Kokni heritage originating from the Kokan region of Maharashtra, India.

Sport and football in particular play an integral role in binding such communities together and allow their members to feel integrated which helps promote the concept of identity.

FaceKonnect is aiming to help build and provide something for current and future Blackburn Kokni generations primarily through the vehicle of sport.

The tournament was a first step in the right direction in contributing towards the promotion of this Kokni identity as the team names were based on a combination of IPL style names and towns emanating from the Kokan Division of the state of Maharastra, India. The idea was for players to feel a level of connectedness to towns where their previous generations have come from.

This year’s tournament proved to be a resounding success with a total of 60 players entering across 10 teams with Shrivardhan Tigers sponsored by Triangle Cove, running out as eventual winners against Mhasla Dodgers sponsored by Frank Whyte, beating them 4-1 in the final.

Both teams consisted of both young and older generations of Blackburn Koknis, with Mhasla Dodgers in particular containing Blackburn Kokni veteran Mushy Younus amongst their ranks.

The main award was won by Saifullah Firfire, who is relatively well known within community football in Blackburn. The young player award was won by Raees Khan the son of Blackburn Kokni legend Nadeem Khan AKA Dum. The goalkeeper of the tournament was awarded to Taha Alli who was consistent throughout the day making a string of saves in both the semi-final and final.

Debt in Australia: How money and alcohol problems affected one mother
2019-05-25