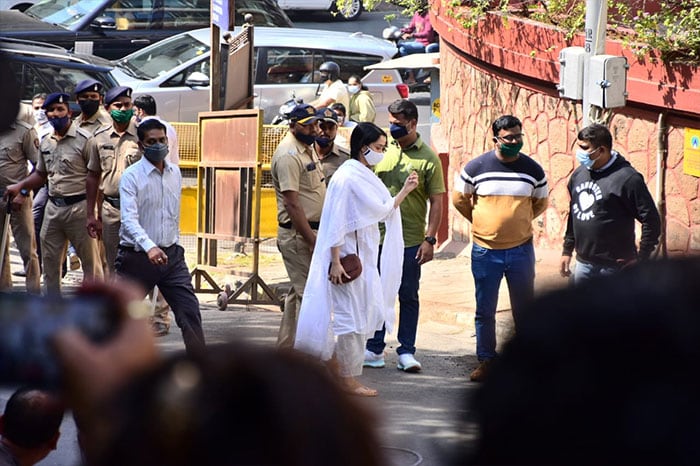 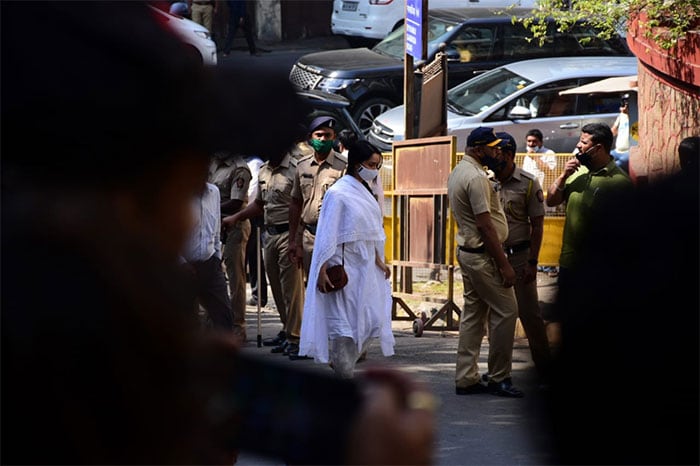 Veteran lyricist-writer Javed Akhtar was clicked outside Lata Mangeshkar’s house. Actor Anupam Kher was one of the first stars to reach the late singer’s house. Composer duo Ajay-Atul also visited the singer’s family. Filmmaker Madhur Bhandarkar, who was also pictured at Lata Mangeshkar’s house on Sunday afternoon, told news agency ANI, “It’s a personal loss for me that Lata Mangeshkar is no more with us. I was in touch with her for several years. Every 15 days I used to speak with her on the phone. On January 1 this year, I had wished her a Happy New Year. I feel very sad.” 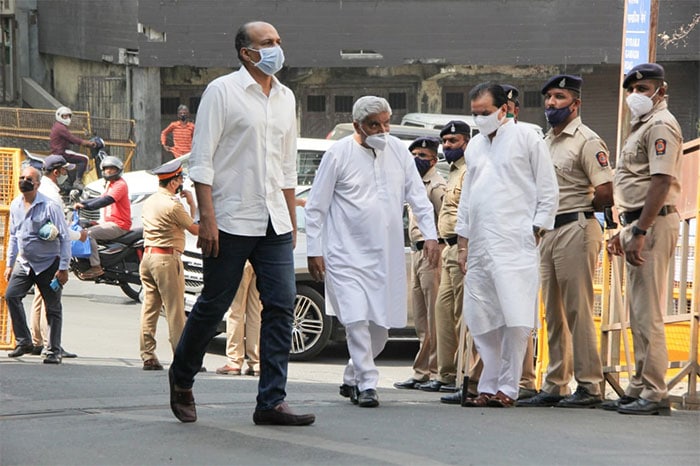 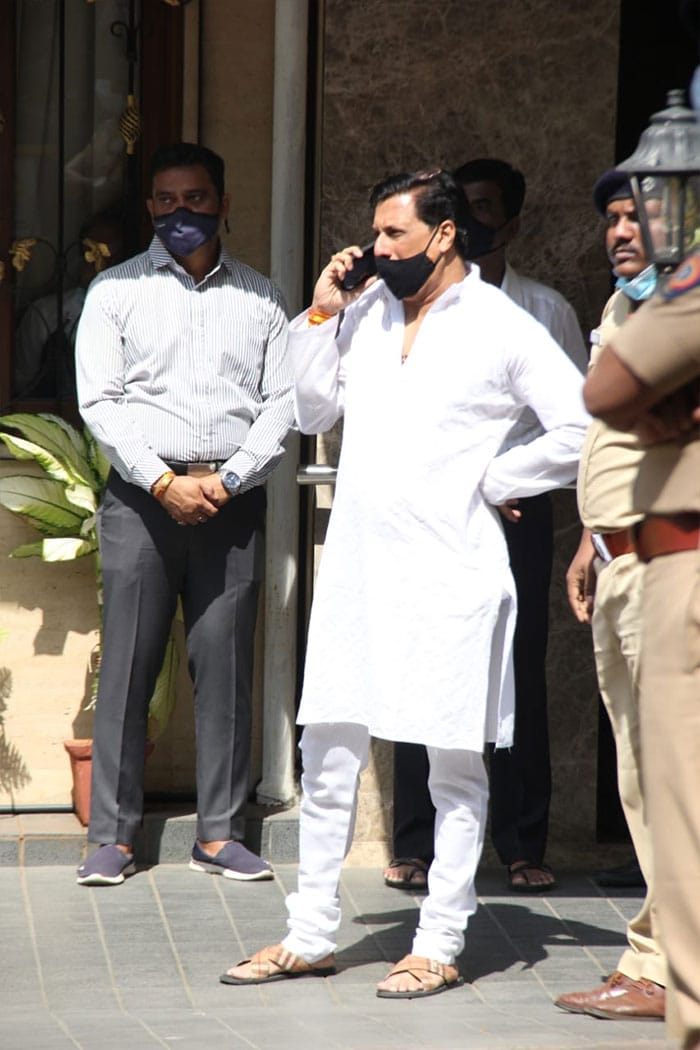 Cricket legend Sachin Tendulkar was clicked at the Beach Candy Hospital on Sunday, where Lata Mangeshkar was admitted after testing COVID-positive on January 8. 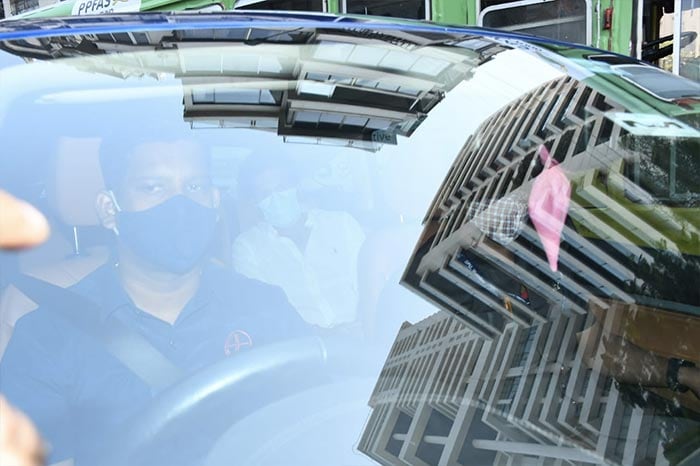 Sachin Tendulkar pictured outside the hospital.

Anupam Kher paid tribute to the legendary singer by posting her throwback pictures on Instagram.

Lata Mangeshkar, known as the ‘Nightingale of India,’ had sung in Hindi, Marathi, Bengali and other regional languages. She was honoured with the Bharat Ratna, Padma Vibhushan, Padma Bhushan and Dadasaheb Phalke Award as well as several National and Filmfare Awards. Lata Mangeshkar’s last complete album was for 2004 Bollywood release Veer-Zaara.

Lata Mangeshkar dies at 92: Security tightened at Mumbai’s Shivaji Park ahead of funeral

Rescued Indian peacock in Panchagarh to be displayed instead of being released!
2020-02-06