Breaking News
2022-12-05 Lucky Ali Shares Facebook Post About His Land Being Encroached Upon, Seeks Police Help 2022-12-05 Raheem Sterling: No threat of violence in England star's break-in – police – BBC 2022-12-05 Mamata Banerjee’s Swipe At PM’s “Roadshow” On Voting Day 2022-12-05 Sterling heading back to home amid reports of home intrusion 2022-12-05 Hansal Mehta says ALL IZ WELL, after the release of An Action Hero, Bhediya and others 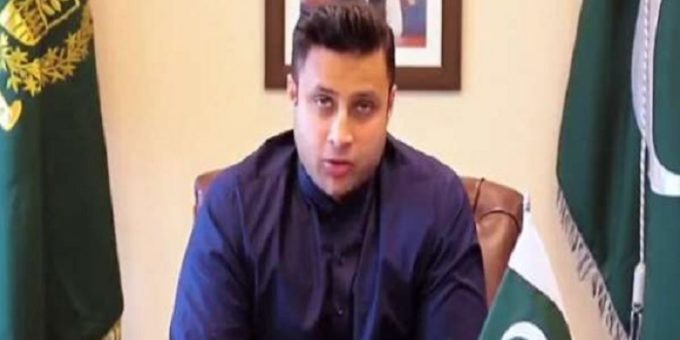 Special Assistant to the Prime Minister on Overseas Pakistanis and Human Resource Development Sayed Zulfiqar Bukhari on Monday defended the presence of dual nationals in the cabinet saying we should not doubt their commitment towards Pakistan.

The disclosures about the nationalities and assets owned by the PM’s aides, opened a new Pandora’s Box providing an opportunity to the critics to launch attacks on the government.

As promised, the government had released the asset details and other nationalities of all the special assistants and advisers to Prime Minister Imran Khan on Saturday for “transparency”.

According to the information made available to the public on Cabinet Division’s website, four special assistants to the prime minister hold dual nationalities, including Nadeem Babar (US), Syed Zulfiqar Bukhari (UK), Shahzad Qasim (US) and Tania Aidrus (Canada).

Zulfi Bukhari, a British national, told that he has come to Pakistan to settle here and that his dual nationality is because he was born in the UK.

“My parents moved to the UK more than 50 years ago. I have now returned to Pakistan to serve the country and settle down. My life and death are for Pakistan.”

Responding to a question about the filing of tax returns, Bukhari said the law provides him a two-year break but assured the anchorperson that his details would be available with the Federal Board of Revenue in a few days.

“Although I can do business here as well, my whole business is outside Pakistan. I will not sell out all my foreign assets to please a few people and come here.”

The PM’s aide said that he has declared all his assets and nothing is hidden, unlike PML-N’s Ahsan Iqbal who did not disclose his iqama.

When asked about the discrepancy in the value of his Land Cruiser, he said it could be a typo on the document.

Bukhari said comparing the assets of SAPMs with that of a judge is not appropriate.

The ruling party is slammed by the opposition for setting “different standards” for those who are close to the prime minister.

Former federal ministers of PML-N Ahsan Iqbal and Khawaja Asif have been criticised by none other than the prime minister in his speeches for holding iqamas while holding cabinet portfolios.