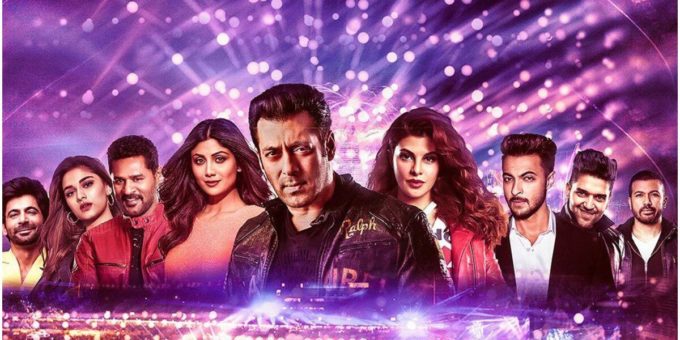 As Salman Khan wrapped up the promotions for Antim, he announced the return of Da-Bangg tour on Tuesday night. The star-studded tour will be touring Saudi Arabia and will also feature Shilpa Shetty, Jacqueline Fernandez, Saiee Manjrekar, Prabhu Deva, Sunil Grover, Kamal Khan, Guru Randhawa and Aayush Sharma. The show will take place on December 10 in Riyadh.

Salman, shared the poster of the event on his Instagram handle, and wrote, “Da-Bangg The Tour Reloaded is coming to Riyadh with a bangg on 10th Dec 2021! Are you ready for the biggest event of the year?”

Salman also shared that he has wrapped up the promotions of his last film release, the Mahesh Manjrekar directorial Antim: The Final Truth, with his appearance in Chandigarh.

Sharing a video from his visit to the city, Salman wrote on Instagram, “Wrapping up #Antim promotions in Chandigarh! You’ve been an amazing crowd! Lovely seeing all of you turn up.” In this video Salman is seen interacting with a sea of fans as they were cheering for one of their favourite superstars.

On the work front, Salman’s Antim: The Final Truth also starring his brother-in-law Aayush Sharma released on November 26, he will be now seen in  Ali Abbas Zafar’s Tiger 3 along with Katrina Kaif. He will also be seen doing an extended cameo in Shah Rukh Khan and deepika Padukone’s Pathan.

OPEC and Russia Will Ponder Oil Output Under Pressure From Biden.
2021-11-04