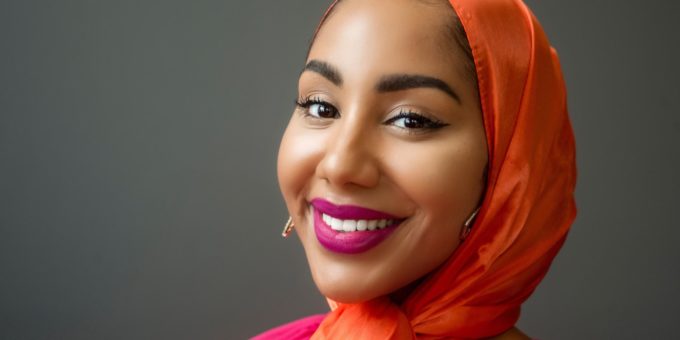 Self-confessed party addict, Persephone Rizvi, turned her life around when she swapped out partying for praying.

The 27-year-old, who was born and raised in Huddersfield, is now the feature of a new BBC 3 Documentary titled This Girl’s Changed.

Persephone left Huddersfield for university in London, before transferring to Manchester and hasn’t returned to her hometown in just under a decade.

Coming back with a fresh face and new identity, Persephone is ready to see the people from her past and begin the healing journey.

“I started drinking at a really young age and it stemmed from there.

“I’ve had some unfortunate incidents and having my stomach pumped in hospital, surrounded by family wasn’t one of my proudest moments.

“Finding Islam has changed me, at the start it really humbled me, and it was what I needed after all the drinking and partying I had been through.

“This was something I needed, and it was the right time to go back and speak to the people of my past.”

Part of the popular clique in high school, Persephone’s bold and vibrant personality put her in the spotlight from an early age.

“I was a character; I wasn’t scared to say anything or do anything and I’m still not.

“Reconnecting with the people of my past all these years later, was sparked out of curiosity, I wanted to know what they were doing and how their lives had panned out.

“I think they were just as curious because they had no access to me over social media, and everyone is on social media in this age.”

Speaking about her struggles, Persephone highlighted how far she had come on her spiritual journey and what her new life was like.

“When I first accepted Islam, I went straight in and fully committed, I was like anyone who finds something new, and I threw myself into the deep-end.

“Now I know that I have to do everything in moderation and stay within the bounds of my religion.

“It’s about trying your best and consistently putting in the effort.”

Persephone spoke about how she matured and grew up in her time away and now that she’s back in Huddersfield, she’s a different version of herself.

This Girl’s Changed focusses on the topics of faith, growing up and friendship; whether Persephone’s absence and change in identity would be an obstacle in reconnecting with past friends.

“This documentary came at the right time; I was ready to start healing.

“My family and friends were really supportive; they were excited for me to go and rediscover this part of me.

“I wasn’t scared of going back and doing this, it wasn’t as if I was going to fall back into my old ways, because I have done a lot of growing since, but there was something.

“There were unanswered questions that I was ready to uncover.”

Her friends were delighted with the new Persephone and proud of the person she had become.

“I saw my best friends, the other members of my little girl group, and I was so happy for them.

“I knew they would do well for themselves, but it was so good seeing how far they had progressed in life.”

Making this documentary helped Persephone find the closure she needed and deserved.

“This was really important for me and I’m so happy to be back in Huddersfield.”

The documentary will air on BBC iPlayer on Tuesday November 16 and was co-commission by BBC England and BBC Three. It’s been directed by Paula Haydock and produced by ClockWork Films for the BBC.