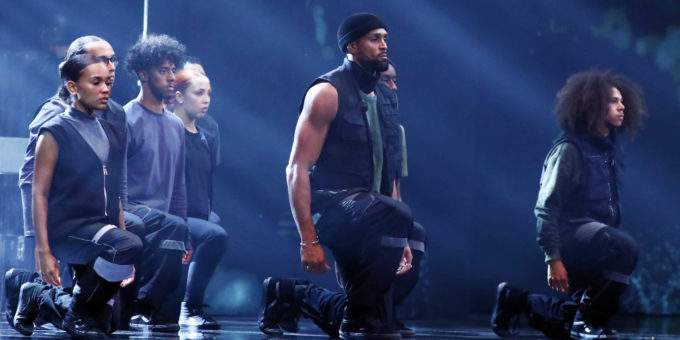 IN 1964, a fresh-faced, sharply dressed 17-year-old bundled up his newly purchased western attire, layered between hopes, dreams and aspirations, and nervously set off from Pakistan to travel to England, eventually laying firm roots in Scotland with his family.

Under the 1948 British Nationality Act, like others from my late father and grandparents’ era, people from the Commonwealth, mainly from the Caribbean, West Indies, Africa, India and Pakistan, arrived in Britain on the promise of a better life and to help rebuild the country after the Second World War. The act was an open invitation to fill post-war labour shortages from 1948-1960s by the British Government to its colonial countries. Black, Asian and Minority Ethnic communities, as British citizens, worked long, laborious shifts in mills, factories and public services, contributing fully to the British economy and infrastructure including the NHS, both then and now.

Amidst a global pandemic, the unjust killing of George Floyd and the Black Lives Matter movement, an ongoing debate is gaining traction, largely in conservative circles, whether black history should be taught in schools. But black and brown history is British history. It’s not separate or distinct, but intricately woven into the tapestry of life, hitched on the back of the British Empire, colonisation and transatlantic slave trade.

Despite the divisionary rhetoric in Liz Truss’s recent speech railing against the teaching of race equality in our schools and the apparently “fashionable” focus on racism and sexism in policy-making, honest and challenging discussions of racism and history can bring about a better understanding and a more unified society.

My Scottish accent wasn’t evidence enough of my Scottish heritage when a local angrily asked me: “How would you like it if people like me [white] went to your country [she meant Pakistan] and took over?”

This was during a successful Celebrating Diversity event I had organised in 2019. As a young Scottish bagpiper piped and African drummers beat collectively to the tune of Flower of Scotland, she had chosen to be upset by “all the brown people in the room”. The irony of her questioning was not lost on me, but completely lost on her, and her remarks left me subdued and hurt. My father is just one of the hundreds of thousands who have helped make the UK what it is. He and I are proudly part of the fabric of Britain’s history.

Anti-racism work is multifaceted. There are many rungs to climb on the ladder to racial equality and learning Britain’s history is one. If British history is continually taught through a white racial lens, it barely acknowledges the sacrifices and contributions made by minority ethnic people. Correcting this is not about attributing blame or pointing fingers. It’s acknowledgement and recognition of those like the Windrush Generation, who came to rebuild a broken nation, or the pioneering South Asians, who left loved ones and their homeland to start a life here with barely £3 in their pocket. Or the Ayah’s brought to Britain from India, as far back as the 18th century, to assist the with childcare, sometimes treasured members of the family, other times discarded and left destitute.

Another rung on our ladder, although, we’ve come far in terms of visibility in media, is not without contention. A Black Lives Matter themed dance performance on Britain’s Got Talent received 24,500 complaints to Ofcom, making it their most complained-about show of the year, and it wasn’t the only show drawing complaints.

TO every person complaining that the London New Year’s Eve firework and drone display was “too woke” due to the sky being illuminated by a Black Lives Matter fist, I’d urge you to consider what hope this gave to those experiencing hate crime, especially as racial crime has increased by 4% (3038 charges) in Scotland in 2019-20, and remains the most commonly reported hate crime. For those upset at a happy black family in the Sainsbury’s Christmas TV ad, think of the black child who just saw someone like them on TV, because representation is crucial.

The pandemic has highlighted and worsened deep-rooted inequalities for those living in poverty, for disabled people, unpaid carers and many others. It’s also shone the brightest light on the disproportionate impact on Black, Asian and Minority Ethnic communities, and how current systems, processes and policies are exacerbating racial inequalities and resulting in socio and economic disparities.

Yet, I’m hopeful that now’s the time for kinder conversations and strategic changes for the advancement of equalities, that the global recognition of the fight for racial justice is for all of us. So, hold tight to the new friendships in solidarity and allyship, for uncomfortable conversations will take us on fruitful journeys.

This column is the second in a series from the Pass The Mic project, a directory of women of colour experts who aim to diversify voices and expertise in the media