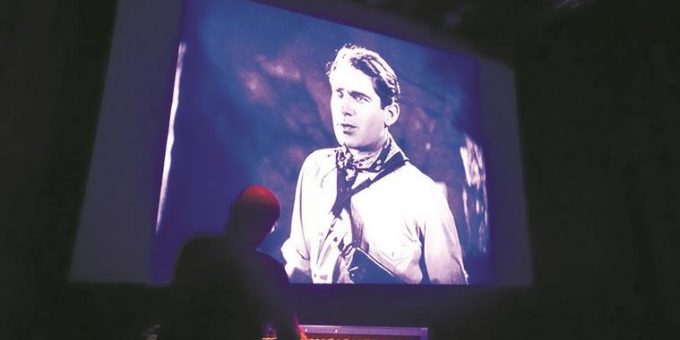 It’s Friday night in Goa and the Kala Academy auditorium, where the 50th edition of International Film Festival of India (IFFI) is being held, is full to its 950-seat capacity. In the audience is one seated closest to the stage. That’s Jonny Best. He is there to make the Russian film Battleship Potemkin (1925) audible. Best, a pianist and scholar of silent films from the UK, will play live music as an accompaniment to the film. He insists that he’s not a film composer but a “improviser”.

The festival this year has a special section in which silent films are screened with live music. These include Georg Wilhelm Pabst’s Pandora’s Box (1929) and Alfred Hitchcock’s Blackmail (1929).

“In contrast to music composition, live music for silent film is all about spontaneity. A film composer can revise his work and reach for perfection but an improviser has to respond to the moment. The beauty of playing live is that it is always imperfect and non-repeatable. If you make a mistake, you have to forgive yourself and move on,” says Best.

Best began performing improvised piano accompaniments for silent films in 2014, taking part in the masterclasses at the silent film festival, Le Giornate del Cinema Muto in Pordenone, northern Italy, in 2015. A year later he founded the Yorkshire Silent Film Festival, where live-scored silent films were screened in cinemas, theatres and village halls across the historic county in northern England.

Armed with a PhD from University of Huddersfield Music Department, Best is a Fellow of the Royal Society of Arts and a member of the Royal Musical Association.

He doesn’t necessarily research about the film or plan his music. His homework is restricted to preparing a mental image of the plot and the order of events. Sometimes, he watches the complicated scenes in the film and makes mental notes. “If I plan the music, then the performance becomes me trying to remember what I had planned. My best performances have come from being in the present, just like the audience,” he says.

Among the three films for which Best played at IFFI, each one was handled differently. For Battleship, his notes build up the angst as the ship workers are unfairly treated in the first half, while in the second half the piano strings evoke the spirit of a revolution as they rise in mutiny. In Blackmail, on the other hand, Best tried to build an air of suspicion to go with the milieu of the thriller.

Playing live music with silent films is not a trend or new. In fact, silent films were often accompanied by live orchestra in the early days. In fact, many films have live music written for them. In India too, cinema palaces screened short films and features accompanied by a string band in the first decade of 20th century. “It’s true that everything I do imposes a certain reading of the film upon the audience. I think there’s a responsibility that’s involved in the job and one has to play the music with tremendous respect for the film. I’m, in a way, the audiences’ representative, offering shape to the film,” he says.

The Irishman Is Netflix’s Biggest Movie. Why Isn’t It Playing in Indian Cinemas?

‘Confidence is everything’: Madonna shares video of son David Banda in a dress
2021-05-31