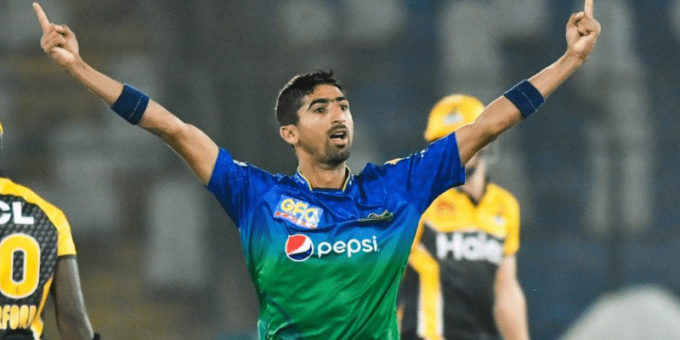 Young pacer Shahnawaz
Dhani has revealed that he became a professional cricketer after impressing
local players in tape-ball cricket.

The right-arm pacer became a real sensation in the
Quaid-e-Azam Trophy 2020-21 season which led him to selection in the Pakistan’s
Test squad.

Talking about his journey, the 22-year-old revealed that it
was not easy to leave to his friends in the village to become a professional
cricketer.

“I live in a village near Larkana,” said Dhani in an interview with Cricwick. “There, we had a team of friends and cousins called Dhani XI. I used to play tape-ball cricket and we used to have matches every week with teams coming from different areas. Luckily, I played against some first-class cricketers there who were impressed with my bowling.

“They recommended that I should give it a try in hard-ball
cricket but I was not ready to leave my friends and village. However, everyone
there told me that I should respect my talent and give it a real go in
professional cricket. Then I joined Al Shehbaz Cricket Club and that’s where it
all started.”

Dhani is a part of the Multan Sultans franchise in the
Pakistan Super League 2021 and he is also part of the Green Caps’ Test squad
for the tour of West Indies.