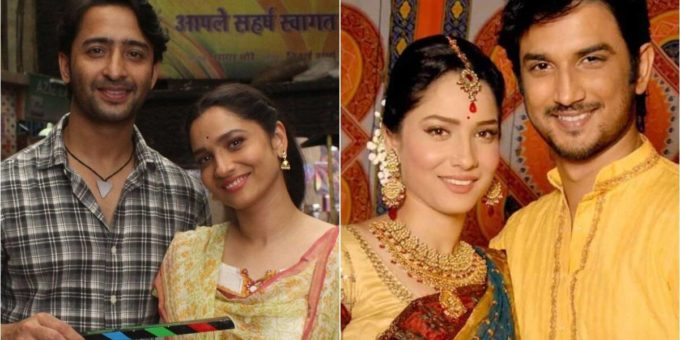 At the press interaction recently, Ankita revealed how she felt Shaheer would be the best choice as Manav, given his simplicity and genuineness. However, for him, it was a big responsibility and he felt the pressure of stepping into the big shoes of the late actor.

“Initially I was really nervous and not sure but as I started understanding Manav, I think I became him. When I saw myself for the first time on screen, I couldn’t believe it was me. He is so pure and I think the (most) earnest character I have played on screen. There is so much to be loved about him that I too fell in love,” Shaheer shared, adding that Manav is too nice, and he has been inspired by him to become a better person.

He then went on to add, “It was pressurising as I wondered if people would accept me or not. However, I knew that if I give 100 per cent, I am sure I will swim through. And then the response that people will have is not in my hands.”

Talking about the new season, the actor said it’s a fresh take on the love story but the soul has been retained. Shaheer said that he never realised that ‘simplicity could be so beautiful,’ adding that these two simple people can do anything to make each other feel special.

Manav in the original series and now even in the new trailer is seen expressing his emotions and even crying without shame. Touching upon the topic of men’s sensitivity on-screen, Shaheer said that people tend to usually neglect male emotions. “A man can also feel, cry and express his emotions. Unfortunately, we are taught that men don’t cry. I think Manav can become a good example of vulnerability among men. I believe expressing your feelings is never wrong and people will learn a lot from him.”

The Murdaugh Murder Mystery: Shot Lawyer Had Been Pushed Out of Law Firm