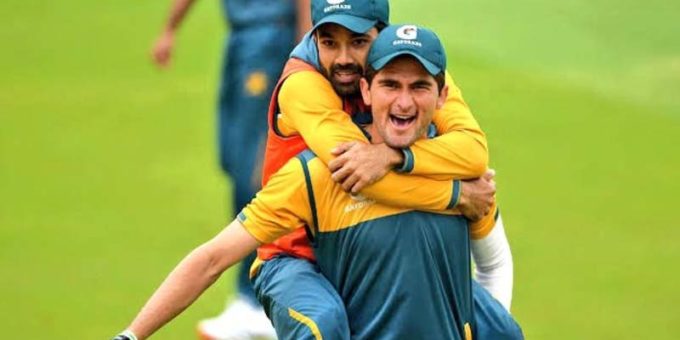 Pakistan’s star cricketers Shaheen Shah Afridi and Mohammad Rizwan have been nominated for Sir Garfield Sobers Trophy for the ICC Player of the Year.

Left-arm pacer, Shaheen, claimed 78 wickets in 36 matches at
an average of 22.20 during 2021, meanwhile wicketkeeper-batter, Rizwan, scored
1915 runs in 44 appearances at an average of 56.32 with two centuries. He also
bagged 56 dismissals behind the stumps.

“The tall Pakistani pacer was on fire throughout 2021,
knocking some of the best batters over across all three formats of the game. He
especially had a year to remember in Tests and T20Is, reaching his absolute
peak during the T20 World Cup in UAE where he impressed one and all with his
sheer speed and skills,” the ICC said, in a press release, while praising
Shaheen.

The game’s governing body also praised Rizwan for his
prolific performance in T20I and Test cricket, over the course of the year.

“The Pakistan wicketkeeper-batter ruled the roost in 2021
when it came to the shortest format of the game. Aggregating a staggering 1326
runs in only 29 matches, Rizwan struck at an average of 73.66 and a strike-rate
of 134.89. Apart from his exploits with the bat, he was as solid as ever behind
the stumps, playing a key role in Pakistan’s run to the semis during the T20
World Cup,” the ICC said.

“Rizwan also upped his game in Test cricket, scoring 455
runs in 9 matches at an average of 45.50. Most importantly though, he was
consistent throughout the year and played a variety of roles across all formats
– be it getting Pakistan off to flying starts in the T20Is or stabilizing
things with the lower order in Test cricket,” the statement added.

The other players in race to win the award are England’s Joe
Root and New Zealand’s Kane Williamson.

The winner of the award will be revealed on January 24.

Omicron’s Community Transmission In Delhi With 50% of Cases: Sources

The show must go on: Adnan Siddiqui