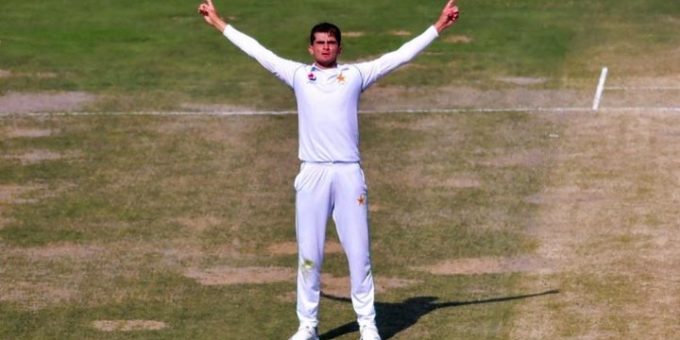 Pakistan’s pace spearhead Shaheen Shah Afridi has been named among the world’s top five bowlers in the rankings released by the International Cricket Council on Wednesday.

Shaheen played a crucial role in Pakistan’s eight-wicket win over Bangladesh in the recently concluded first Test in Chattogram, bagging seven wickets for only 102 runs across two innings.

Shaheen’s new ball partner Hasan Ali also achieved a career-high 11th place in the rankings after taking as many wickets as the former in the Bangladesh Test.

He now sits on 755 points and will aim to collect eight more points from the Dhaka Test to break into the top 10 for the first time in his career.

From the Chattogram Test, Shaheen collected 27 points that have lifted him from 783 points to 810 points.

Opener Abid Ali vaulted into the top-20 for the first time in his career after his 133 and 91 in Chattogram lifted him from 47th to 20th.

Abid earned 111 points making him the second Pakistan batter after captain Babar Azam (eighth, down by one) to feature inside the top 20.

If KL Rahul Has Already Been Approached By New Teams, It Is Against BCCI Guidelines: Punjab Kings