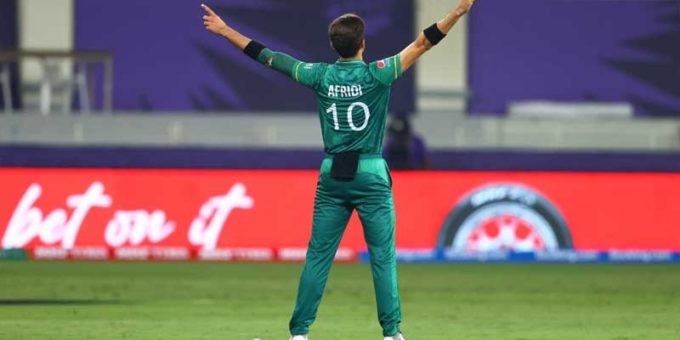 The 20-year-old achieved this feat on the fourth ball of his
final over of the spell against India at the Dubai Cricket Stadium.

India captain was caught behind by Mohammad Rizwan in the
game, after scoring brilliant 57 off 49 deliveries. He hit five boundaries and
a maximum in the innings.

Meanwhile, Shaheen finished with the figures of three for 31 in his four-over spell. He also claimed wicket of Rohit Sharma (0) and KL Rahul (three) in the game.

Will present evidence against Rana Sanaullah at the right time: ANF
2019-12-25