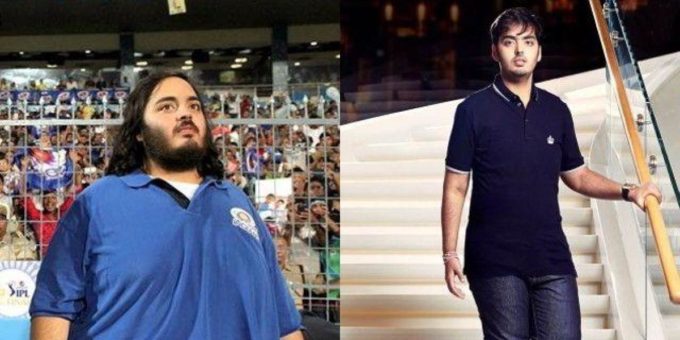 Most of the people know Anant Ambani not just as the youngest son of Mukesh and Nita Ambani but also as the face of IPL. He is a sports enthusiast who is often seen supporting his team Mumbai Indians which is owned by Reliance Group. Anant Ambani is very close to his mother Nita Ambani and has spent a major part of his life at Jamnagar.

His famous and inspirational weight loss journey also started at Jamnagar where he stayed for five hundred days and worked hard to lose weight in a natural way. During his childhood little Anant had to battle with bad health. According to his mother Nita Ambani, Anant’s condition as the softest part of her heart as being a mother it was hard for her to see him suffering.

Very few people know that the youngest Ambani sibling is considered a reflection of his late grandfather Dhirubhai Ambani. This was revealed by Shah Rukh Khan on the 40 years celebrations of Reliance Industries Limited. Like him, Anant Ambani also places special emphasis on his relationship with people and the real side of life. He is an animal lover and has many cats at home.

Shah Rukh Khan narrated an interesting incident from Anant Ambani’s childhood on the same occasion. When Anant Ambani was six years old, his grandfather Dhirubhai Ambani got him balloons as they were driving past the Marine Drive. The balloons cost Rs. 15. This gave Akash Ambani a business idea and he decided to sell balloons. He got a packet of balloons for Rs.2 and set out to sell them all. When Shah Rukh Khan joked about the incident, Anant Ambani reminded him of dialogue from his film ‘Raees’ where Shah Rukh Khan had said that no profession is inferior.

Anant Ambani has two elder siblings; Isha and Akash Ambani. While Nita Ambani had her first two children after battling with the fertility issues, Anant Ambani came to the world through natural birth. He was born on April 10th, 1985 in Mumbai. Anant Ambani has an accomplished educational background. He studied in Dhirubhai Ambani School in Mumbai and later went to Brown University in the US for his undergrad degree.