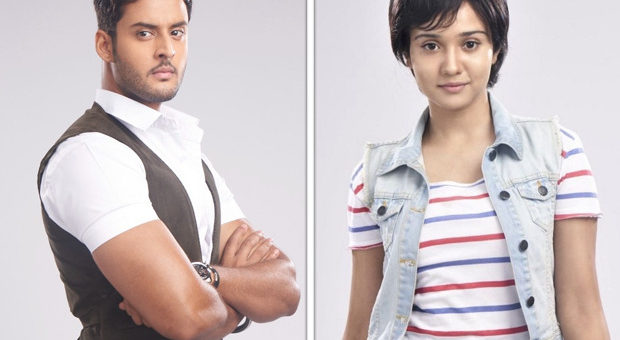 Zee TV has been a trend-setter in shaping television content over the past three decades. After introducing audiences to several relatable characters who have emerged as the country’s most sought-after dinner-table companions and their inspiring stories, the channel is all set to introduce another narrative that will shatter gender stereotypes. The narrative will make the audience question age-old beliefs about what a young woman should or shouldn’t do. Zee TV’s next primetime drama ‘Meet’ lets viewers in on the journey of a spirited young girl from Haryana – Meet, who contrary to the popular perception that only a son can be a ghar ka chiraag, is the ghar ‘ki’ chiraag for her family. Not only is she the sole breadwinner, but also breaks societal rule books of gender roles by serving as a delivery agent and generally being the ‘fixer’ in any and every situation that typically a guy is expected to be!

Recently, it was announced that the show will feature popular television actress, Ashi Singh in the lead female role of Meet. While viewers are excited to see Ashi in a new avatar, it looks like there is some more exciting news for the audience. The actor for the male lead role has also been finalized and it is none other than the handsome heartthrob Shagun Pandey. What’s more is that coincidentally, his name is also Meet in the show. Meet is a rich Haryanvi boy who is not rigid about gender roles and has no issues with women working or men helping out at home. But he does believe that women should look a certain way and it’s a man’s responsibility to primarily provide in a household. A boy just as principled as his father, Meet wants to work his way up in the world, but also has his ways of enjoying life.

Talking about his character and the show, Shagun Pandey said “Meet is a well-written concept that questions gender roles and breaks archaic stereotypes. With this show, I believe we will be able to make people rethink their views when it comes to what is appropriate or inappropriate for a woman, what she should do or not do. Even today, a vast majority of families only see the sons of their house as the ghar ka chirag. No matter how far women have come today in terms of their achievements, patriarchy is ingrained in a lot of us. I’m honored to be a part of such a show where the concept of gender neutrality is seeded so organically. Unlike my personal views on the subject, my character is someone who sits on the fence with regard to understanding gender roles and social constructs. While he is all for women working in the professional space, he still believes that a man must be the primary breadwinner. He also feels women should look and dress a certain way … so viewers will see me go through a very interesting graph on the show in terms of evolving one’s thought process. I’m hoping my fans and followers will shower me with all their love and kindness like they always have and wish me and my team the very best in this new journey.”

PM Imran minces no words at UN, calls out Modi govt for oppression of Kashmiris
2019-09-27