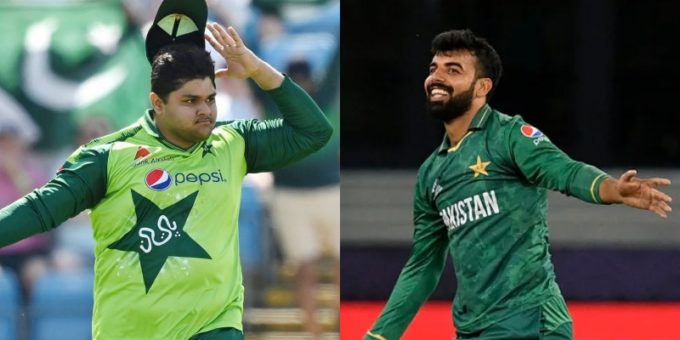 Islamabad United captain Shadab Khan has opened up about middle-order batter Azam Khan, after the latter joined the franchise for the seventh edition of the Pakistan Super League.

Shadab
believes that Azam can become one of the best players in the world if he works
on his fitness.

“Azam has
proved his mettle, he has performed well, and I am sure he’ll do even better
this time with us [Islamabad]. We will work on his fitness too,” Shadab said in
an interview with Geo News.

“I know he
[Azam] has been working hard to improve his fitness, that’s the thing he must
do because he is very talented and if he can manage his fitness then I am sure
he’ll reach the top,” he added.

The two-time
PSL champions, United, had traded all-rounder Iftikhar Ahmed with Quetta
Gladiators to get services of Azam ahead of PSL7.

Islamabad finished
the round-robin stage of PSL6 as the table toppers, which was also PSL’s best-ever
league stage performance with eight wins in 10 games, however they were knocked
out of the event after losing to Peshawar Zalmi in the second eliminator.

“We are a
good side this time and I am hopeful that we’ll continue to play better cricket
like we did last year but couldn’t finish. This time, I am sure we’ll go one
step ahead and lift the PSL trophy for the third time,” concluded Shadab.

The seventh edition
of PSL will kick start on January 27 in Karachi.

Ban On Political Rallies Amid Pandemic Likely To Be Extended: Sources