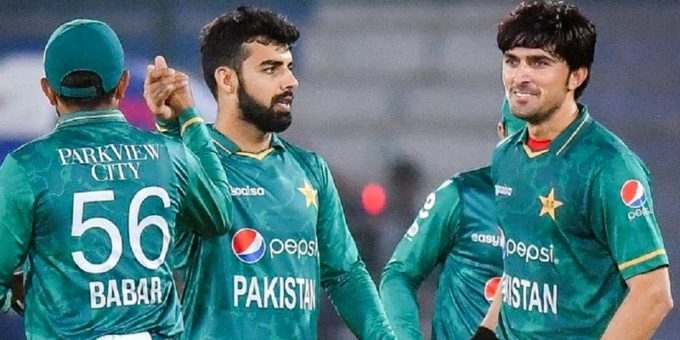 He will be part of Islamabad United in PSL7

Islamabad United
captain Shadab Khan believes that emerging pacer Mohammad Wasim Jr will emerge
as one of the best hard-hitters in the coming days.

The pacer made this prediction while speaking to Cricket
Pakistan.

According to Shadab, Pakistan fans haven’t seen the full
potential of the 20-year-old. “I was included in the team as an Emerging player
as well and I can understand how it must feel,” he said. “I feel happy to see
how he [Waseem Jnr.] has progressed. He has not had a lot of opportunities with
the bat but over time, everyone will see the hard hitter he is.”

The pacer, who made his debut against West Indies last year,
showed a glimpse of his talent with the bat during the Kashmir Premier League’s
inaugural edition.

He has only played 10 T20Is for Pakistan, where he managed
to pick 15 wickets. The right-arm quick is part of the Islamabad United squad,
who will start their Pakistan Super League season seven campaign against
Peshawar Zalmi on January 30.