Budget Live: The S&P BSE Sensex and NSE Nifty 50 indexes extended losses as Finance Minister Nirmala Sitharaman presented Budget for financial year 2020-21. The Sensex fell as much as 708 points and the Nifty 50 index briefly fell below its symbolically important level of 11,750. Analysts said that the Budget proposals being announced by the Finance Minister Nirmala Sitharaman failed to enthuse investor sentiment. Budget announced reduction in personal income tax for those individuals who do not claim any deduction under income tax act. The Budget also called for removal of dividend distribution tax for the dividend paying company but taxing at the hands of dividend receiver.

The shares of private insurers corrected on the BSE this afternoon after the Finance Minister Nirmala Sitharaman failed to offer tax exemption for insurance policies in her Budget speech. The insurance industry was seeking a hike in tax exemption for select policies.

Sensex Off Days’s Low But Still Down Nearly 500 Points

On th flipside, S&P BSE S&P BSE IT index was top gainer, up 1 per cent.

“Extension of time period till March 2021 is a welcome step taken by government in the affordable housing space benefiting both, individuals and developers. While tax holiday on profits would encourage more builders to take up affordable housing projects, individual can firm up home buying decision to enjoy the additional tax benefit of Rs1.50 lakh. It is a right step towards realising the mission of Housing for All by 2022,” said Siddhartha Mohanty, MD & CEO, LIC Housing Finance.

The stock markets extended losses as Budget proposals failed to enthuse investors. The Sensex slumped as much as 708 points to hit an intraday low of 40,015 and Nifty 50 index dropped 220 points to hit a low of 11,741.

44 out of 50 shares in the Nifty basket were trading lower.

Below are the new tax slabs:

The government will take a hit of Rs 40,000 crore from lowering the income tax rates, Ms Sitharaman added.

LIC IPO To Be Launched As part Of Disinvestment

Finance Minister while presenting Budget 2020-21 said that as part of disinvestment government is planning to sell stake in Life Insurance Corporation of India (LIC) via Initial Public Offer (IPO).

Shares of IDBI Bank surged as much as 17.55 per cent to hit an intraday high of Rs 39.85 after the Finance Minister in Budget 2020-21 proposed to sell government’s stake in IDBI Bank.

As many as 12.28 lakh shares changed hands on the BSE compared to an average of 2.93 lakh shares traded daily in the past two weeks.

Government announced billions of dollars of state funding to help the sprawling farm sector in its 2020/21 federal budget on Saturday, aiming to get broader economic growth back up from its lowest in a decade.

Finance Minister Nirmala Sitharaman, presenting the budget for the financial year beginning April 1 to parliament, said there was a need to liberalise farm markets and the government was committed to doubling farmers’ income by 2020. 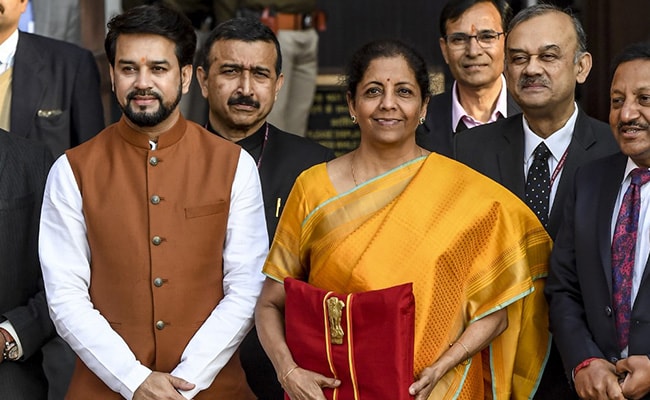 Agriculture accounts for 15 per cent of India’s gross domestic and a source of livelihood for more than half of the country’s 1.3 billion population.

Railway stocks are trading mixed after the Finance Minister Nirmala Sitharaman made a series of announcements pertaining to the Railways in her ongoing budget speech. The finance minister has announced more Tejas-type trains to connect tourist destinations, high-speed trains to connect Mumbai and Ahmedabad, and a suburban project in Bengaluru.

In her speech, the finance minister announced beginning of work on the Chennai-Bengaluru expressway and completion of the Delhi-Mumbai expressway by 2023. She also announced the establishment of large solar power capacity along railway tracks.

The Budget also proposed for a policy for creating data centre parks.

Shares of road developers rose after the Budget 2020 proposed to monetise 12 lots of highways of 6,000 kilometres by 2024. The Finance Minister also said that Delhi-Mumbai expressway will be completed by 2023 and work on Chennai-Bengaluru expressway will be started.

Fisheries stocks have responded favorably to the announcement of a framework for marine fishery resources by Finance Minister Nirmala Sitharaman in her budget speech. The Finance Minister also announced that fish production would be raised to 200 lakh tonnes by 2022-23.

The share markets turned flat and were trading in a choppy manner as Finance Minister presents Budget for Financial Year 2020-21. The Sensex was up 9 points at 11,971 and the NSE Nifty 50 index was 32 points at 40,755.

Shares of companies engaged in making agriculture equipment and fertilisers rose after the Finance Minister said that under “Aspirational India” first point is agriculture, irrigation and rural development. The government is committed to doubling farmers’ income by 2022, Ms Sitharaman added.

Maruti Suzuki stock has raced ahead on the BSE after automobile manufacturer reported a 1.6 per cent rise in year-on-year sales in January this year. The stock was trading higher by 140 points or 2 per cent at Rs 7,052 on the BSE compared to BSE’s gains of 127 points or 0.3 per cent at 40,850.

The Budget based on three themes aspirational India, economic development for all and caring society, says Finance Minister Nirmala Sithraman.

This Budget is for to boost income and enhance purchasing power of every Individual, says Nirmala Sitharaman. 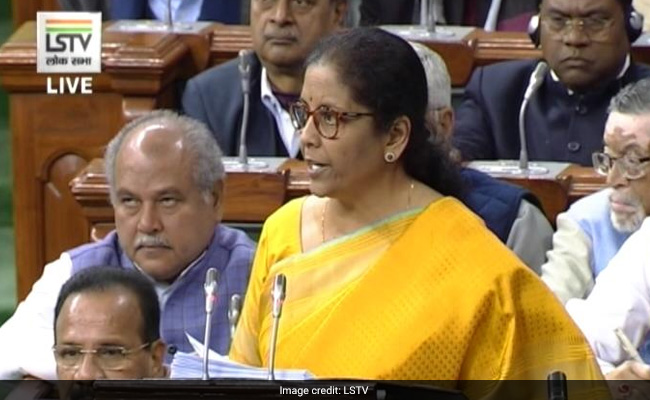 Budget aims to give hopes and aspirations to every individual, added Ms Sitharaman.

IRCTC Shares Surge For Seventh Day In A Row, Hits Record High Ahead Of Budget

Shares of Indian Railway Catering and Tourism Corporation (IRCTC) surged for seventh day in a row ahead of Union Budget 2020. The stock rose as much as 10 per cent to hit a record high of Rs 1,332 per share.

In the last seven sessions, IRCTC shares have risen 35 per cent outperforming the Sensex and Nifty 50 indexes.

25 of Nifty 50 shares were advancing while the remaining 25 were declining in the Nifty 50 index.

Budget 2020 Documents Reach Parliament House
Ahead of the presentation of union Budget 2020 the Budget documents, which were printed with the start of Halwa ceremony, reached the parliament house.

#WATCH Delhi: Copies of #Budget2020 have been brought to the Parliament. Finance Minister Nirmala Sitharaman will present the Budget in Lok Sabha at 11 AM today. pic.twitter.com/z3gD0IkLO4

The Finance Minister Nirmala Sitharaman will table the Budget documents present the Budget speech at 11:00 am today.

The S&P BSE Sensex and NSE Nifty 50 indexes recovered from intraday low levels led by gains in FMCG shares such as Hindustan Unilever and ITC.

ITC Gains After Its Profit Rises 29% In Q3

ITC edged higher by 0.1 per cent to Rs 236 after it reported a 29 per cent jump in its December quarter profits.

FMCG major Hindustan Unilever gained 2.3 per cent at Rs 2,081 in a soft market after reporting a 12 per cent year-on-year rise in standalone profit at Rs 1,616 crore for the December quarter compared with Rs 1,444 crore in the same quarter last year. 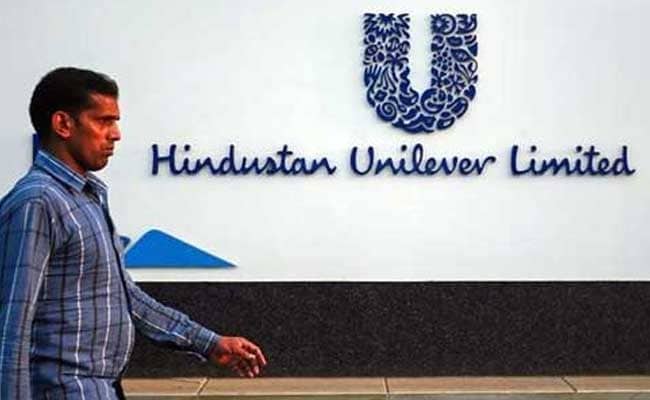 The stock markets recovered early losses led by gains in in Hindustan Unilever and ITC after they reported earnings after market hours on Friday. The Sensex which fell over 300 points was down 45 points at 40,678 and the Nifty was at 11,947, down 15 points.

Ten of 19 sector gauges compiled by BSE were trading higher led by the S&P BSE Oil & Gas index’s nearly 1 per cent gain. Realty, Auto and FMCG indexes also rose between 0.5-0.7 per cent each.

On the flipside, S&P BSE Power index was down 1 per cent.

The S&P BSE Sensex fell as much as 309 points and the Nifty 50 index was close to its important psychological level of 11,900 ahead of the Budget announcements by Finance Minister Nirmala Sitharaman later in the day.

The losses in domestic markets came on the back of sharp losses in US markets overnight after President Donald Trump on Friday announced public health emergency in response to the coronavirus outbreak in China and ordered up to 14-day quarantine for citizens returning from China’s Hubei province and denying entry to some foreigners.

Prime Minister Narendra Modi’s government is likely to increase state spending on infrastructure and offer some tax incentives in its 2020/2021 budget on Saturday, aiming to get growth back up from its lowest in a decade.

In its annual economic report, released on Friday, the government predicted that economic growth would pick up to 6.0 to 6.5 per cent in the fiscal year beginning April 1, but warned that it may have exceed its deficit target to revive growth. 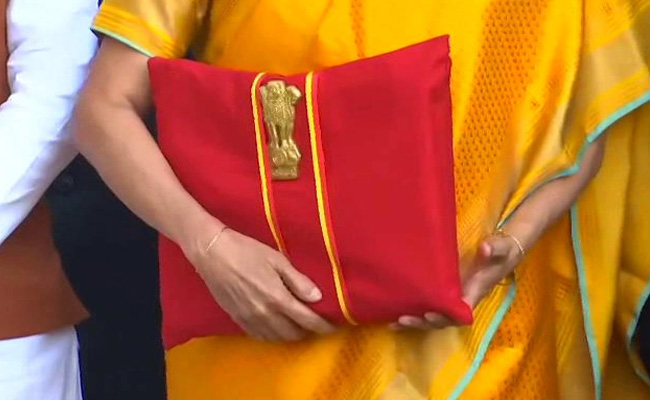 India is facing its worst economic slowdown in a decade. The government estimates economic growth this year, which ends on March 31, will slip to 5 per cent, the weakest pace since the global financial crisis of 2008-09.

Budget 2020: Government Expected To Unveil A Slew Of Measures To Lift Growth

The government is widely expected to unveil a slew of measures to lift growth in the sluggish economy.  The Economic Survey, presented by the Chief Economic Adviser K V Subramanian, stressed on the need to push reform to boost growth as highlighted in

The benchmark indices fell on Friday, capping its worst January since 2016 as the government grapples with measures to spur the slowing economy. The Sensex fell 0.5 per cent to 40,723, resulting in a monthly loss of 1.3 per cent, and the Nifty declined 0.6 per cent to close below its crucial support of 12,000 for the first time since January 6.

On the global front, the US markets tumbled on Friday after President Donald Trump declared a U.S. public health emergency in response to the coronavirus outbreak in China and ordered up to 14-day quarantine for citizens returning from China’s Hubei province and denying entry to some foreigners.

SGX Nifty indicates a negative start for domestic markets ahead of the Budget. The SGX Nifty has weakened by 0.4 per cent to 11,935 in early trades on the Singaporean Stock Exchange.

Khamoshi teaser: Prabhudheva-Tamannaah Bhatia film to give chills and thrills
2019-05-10