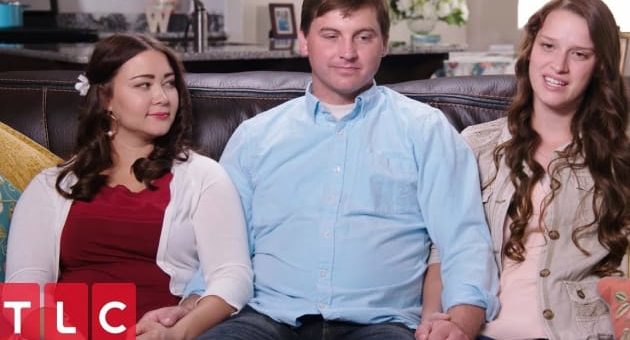 Let’s start with the most pressing topic of all when it comes to Seeking Sister Wife:


The show has not yet been renewed by TLC.


Moreover, there’s been a huge push for the network to cancel Seeking Sister Wife amid a rash of accusations against Season 3 star Dimtri Snowden, as numerous partners have accused him of abuse and assault.


But let’s sadly assume that TLC does, indeed, bring the reality show back … considering it has a pretty shady history in this regard.


(It took executives way too long, for example, to sever ties with the horrible Duggar family, waiting all the way until Josh Duggar got arrested on child pornography charges.)


Will The Winder Family be part of this series in 2022 if there is a series to be a part of?


“We really just haven’t even thought about a Season 4,” Colton said in a recent interview.


“Like, we’re not we’re not losing sleep over it.


“I mean, if they…would like us to be back we’d love to come back, but if it doesn’t happen we’ll just keep doing what we’re doing.”


Colton Winder, Tammy Winder and Sophia Winder actually touched on a number of subjects in this recent chat with Linda Antwi of The Melanated Way, some of which we’re excerpted and recapped below…


ARE THEY IN THE MARKET FOR ANOTHER SISTER WIFE?


“We are talking to someone, but we don’t know where it’s going to go. We are interested in meeting her,” says Sophie, adding:


“In the bigger scheme of things is we believe that this lifestyle helps provide growth — in a sense of our our personal growth, not just the growth of our family.


“And so being around someone else and their personality we think adds to our growth and to our overall picture, and why we live this way. “


“We actually have not officially searched for a sister wife since, probably, like halfway through the first season that we were on.


“Since then it’s pretty much just been people that reach out to us that we’ve talked with.”


HOW IS SOPHIE HANDLING HER CURRENT PREGNANCY?


“This pregnancy has been way different, way different — especially with the whole pandemic and everything,” she says.


“I know it seems like things are starting to make a comeback again, but my life really hasn’t changed much. I’m always at home anyway, so I’m not too concerned about it.


“But I’m also planning a home birth this time.”


WHERE DID IT GO WRONG WITH KIMBERLY?


“With Kimberly, she was so sweet and loving, and we enjoyed having her here,” explains Sophie.


“And at the end of the day, we just didn’t have that feeling of knowing that she was supposed to be part of our family.


“It just didn’t feel right, and I think that that’s what we try and follow, why we talk about things”


HOW WOULD THEY DEFINE THEIR BELIEF SYSTEM?


“We are in polygamy technically,” says Colton.


“If you really want to go by the scientific definition of it, I guess it’s actually polygyny.


“But I don’t think that polygamy and plural marriage are necessarily the same thing.


“I think that polygamy is a little bit more of a secular sort of relationship, whereas plural marriage for us is very specifically a polygamous marriage that is done very much in the eyes of God with very strong commitments, very strong covenants involved in the lifestyle that we live up to.


“And I think that’s kind of why maybe a lot of fans are sort of attracted to this is because we have such rigorous standards that we live by.


“And that to me is what plural marriage is, versus polygamy is kind of maybe more of just a free-for-all.”