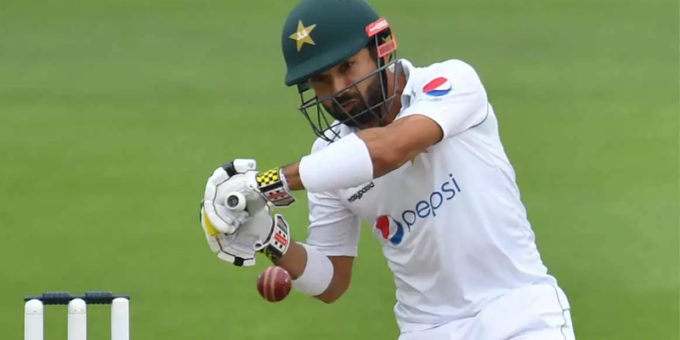 Mohammad Rizwan and
Faheem Ashraf will resume Pakistan’s innings from 212 on Day 2 of the second
Test being played at Sabina Park.

Rizwan and Faheem were unbeaten at stumps on Day 1 with
scores of 22 and 23 respectively. Pakistan only managed to lose four wickets in
the day.

Thanks to fifties from Babar Azam and Fawad Alam Pakistan
managed to post 212 on the scoreboard.

Kemar Roach struck twice and new ball partner Jayden Seales
claimed early success as well to have the tourists tottering at two for three
with just four overs gone after home captain Kraigg Brathwaite repeated his
decision of the first Test by putting the opposition in on winning the toss.

However, Babar Azam and Fawad Alam managed to post over
150-run stand for the fourth wicket to get the team back in the game.

After reaching 75, Pakistan captain walked back to the
pavilion thanks to pacer Roach, who claimed his third wicket of the innings.

Meanwhile, Fawad Alam walked back to the dugout after having
cramps. He was batting on 76.

Electric Vehicle Boom is a Bonanza for Automated Machinery Makers

Government To Pay Provident Fund (PF) Share Of Employer, Employee Till 2022 For Those Who Lost Jobs: Details Here

Jacqueline Fernandez is Preppy in Pigtails and Pastel Look!
2019-08-02