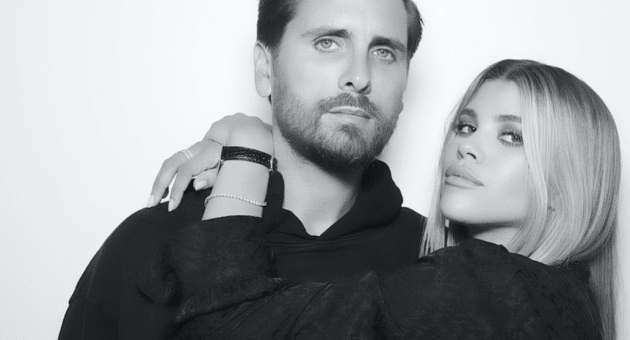 It’s been over two years since the world first learned that Scott Disick is dating Sofia Richie.


At first, the news was greeted with consternation.


As many who commented on the relationship back then pointed out, Scott was a father of three children, and Sofia was basically a child herself.


But Disick and Richie have beaten the odds in more ways than one.


Not only are they still together, Sofia has been welcomed by the Kardashians as a member of the family.


Richie vacations with Scott, Kourtney and the kids, and she’s a regular at Kard clan family events.


On top of that, insiders say Sofia already has a stepmother-like relationship with Scott’s kids.


All that remains is for Scott to put a ring on it — and it seems that’ll be happening sooner rather than later.


According to a new report from Life & Style, Scott has a very special Christmas present in mind for Sofia — an engagement ring.


And his ex, of all people, couldn’t be happier about it.


“Kourtney would love it if they lived together and made it official because she thinks that Sofia is really good for Scott and when Scott is good then she knows the kids are good and that’s all she cares about,” a source tells the magazine.


And it’s not only Kourtney who would be happy to officially welcome Sofia to the family.


Kylie Jenner has been friends with Richie for years, and they’ve only become closer in the years that Sofia has been romantically involved with Scott.


“Kylie and Sofia have always run in the same circle and are very close in age, so they’ve bonded a lot through the years,” says the insider.


Well, the Kardashians might not be considered paragons of family values, but in this case, it seems they’re setting an admirable example for millions of blended families.


Our premature congrats go out to Scott and Sofia!

Batman: Why Does the New DC Film Have So Many Villains?

Many Attempts Made To Destroy Shiv Sena, All Failed, Says Uddhav Thackeray
2022-05-08