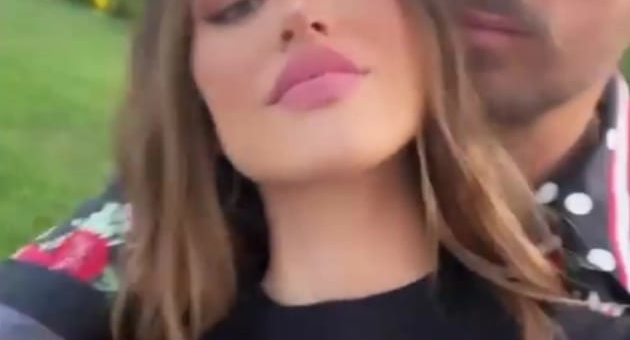 It’s almost impossible to talk about the relationship between Scott Disick and Amelia Hamlin without discussing the major age difference between these two.


So yes, he’s twice her age, and old enough to be father, and the whole thing is gross AF.


But the fact is, Amelia is more or less a child, and Scott is the father of three children, and it’s just a nauseating situation no matter how you look at it.


And we’re not the only ones who feel this way.


We can see why Barker might hold that opinion, given that he’s raising two teenagers himself.


Of course, Kourtney and Scott have three kids together, so Travis’ disapproval might make for some awkward pick-up/drop-off situations.


But more on that later.


You would think that Scott would downplay the creepier aspects of his relationship.


But no, his favorite activity these days is taking to Instagram to remind everyone that he’s banging someone who’s not old enough to buy a drink.


Scott posted the above photo on Instagram earlier this week.


Judging by the comments, some followers thought Amelia was naked at first sight, but no … she’s covered up by the occasional strip of fabric here and there.


“A little higher, almost there,” Scott captioned the pic.


So the joke is that Scott is encouraging Amelia to keep reaching so that he can continue to ogle her.


Take a second to imagine how you would feel if a non-famous almost-40-year-old dude posted this kind of stuff about a teenager.


But amazingly, it seems that she’s had a change of heart in recent weeks.


We’re sure it has nothing to do with the fact that Scott is obscenely wealthy due to his decade as a reality star and his many real estate investments.


As for Scott’s other biggest critic — it looks as though Travis won’t be changing his mind about the situation anytime soon.


And not surprisingly, his views have driven a wedge between Scott and Kourtney (who, it should be noted, apparently approves of Disick sleeping with teenagers).


Because of Travis’ disapproval, one insider says, Scott and Kourtney have been speaking as infrequently as possible, which is a major change.


For most of the years that they’ve been separated, they’ve managed to maintain a close friendship and a civil co-parenting relationship.


The source tells In Touch that Scott has backed off because he “understands how serious Kourtney and Travis’ relationship is,”


Ah, a mature relationship — sounds like the sort of thing Scott should try out someday!