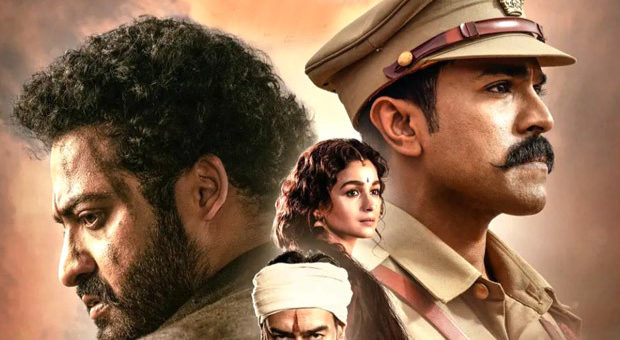 Ever since the makers of Jersey announced that the film will no longer release on December 31, there has been a strong buzz about a delay in the release of RRR too from its announced date of January 7. However, we at Bollywood Hungama can exclusively confirm that the movie is not getting delayed at this point of time.

“SS Rajamouli and the team of RRR had requested multiple film producers – from Bheemla Nayak to F3 and Sarkaru Vaari Paata – to delay their release to make way for RRR. The team was of the belief that a film made on a budget as huge as RRR wanted to make the most during the festive season of Pongal and Sankranti. All the producers were gracious enough to delay the film to make way for RRR. The producers of all films announced their new release dates too and planned their schedules as per the new dates. RRR is the only film to release in AP and Telangana on January 7,” a trade source from Hyderabad informed Bollywood Hungama.

The source also added that now, if the RRR team decides to delay the release, there is a huge possibility of it not getting a solo release in home state again. “It would be unfair on the producers of other films if RRR is delayed now. The Andhra Pradesh – Telangana market is completely functional. The government there too resolved the on-going ticket rate issues for RRR to ensure a grand release on January 7. Now, if they delay the film keeping the Hindi market in mind, all the stakeholders in the local belt would be disappointed as efforts were taken to ensure the most smooth release of RRR in AP and TG. That aside, Tamil Nadu, Karnataka and Kerala are also functioning without much of ado. The release issue as of now is only in Hindi and changing the date for that market would upset the people in all other territories,” the source explained.

It’s a catch 22 scenario and the makers too are confused on what’s to be done next, though on an ethical ground to respect the efforts and unity shown by South Indian industry, they are inclined towards forgoing the Hindi markets too. “They might renegotiate the prices in Hindi based on what the business potential is. RRR is an emotion and they are putting all the emotional interest and energies over the financial ones, even if it means loss of crores of rupees in Hindi belt. There is a possibility of reduced revenue at other places too due to covid uncertainty, but well, at this point of time, Rajamouli and his team are extremely confident of their content and are sure that it’s so exciting that the audience will come out to watch the film in Southern states come what way,” the trade source said.

There is also another catch as RRR has already sold tickets worth $3 million in the overseas belt and this is increasing with every passing hour. There is an insane craze abroad and it would also be difficult to refund the tickets at the last minute as the advances are in full swing with tickets selling like hot cakes. Over and above that, the team has gone all out on marketing front by unveiling all their assets as also spending a bomb to create awareness of the biggest Indian film till date. A delay would mean all the spending going haywire. All in all, the RRR team is set to experience some loss of revenue either ways and it’s extremely sad to see this happen to what is the biggest Indian film till date.

Also Read: Ram Charan on his bond with RRR co-star Jr NTR – “I will thank everybody but not Tarak”

Your most attractive feature, according to your zodiac sign
2020-04-24

Anushka Sharma steps out again; this time in an Anita Dongre outfit
2020-11-26