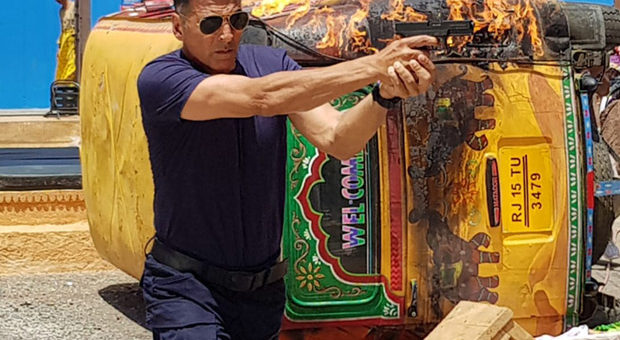 Sooryavanshi is rocking at the box office and is on the course to emerge as another hit film for Akshay Kumar. While the numbers continue to tick in, Bollywood Hungama has exclusively learnt that Reliance Entertainment and Rohit Shetty cracked a mega deal with Netflix for the digital premiere.

“Sooryavanshi will premiere on Netflix a month after its theatrical release, stepping aside from the conventional eight week window. And for breaking the norm in these uncertain times, Netflix has paid a premium price to Rohit Shetty and Reliance Entertainment. While the earlier deal was cracked at approx. Rs. 75 crores, the team of Sooryavanshi has fetched Rs. 100 crores from Netflix for its premiere on December 4,” revealed a trade source to Bollywood Hungama.

Sooryavanshi would be among the first major films to opt for a direct to digital premiere within just 4 weeks of its release. But obviously, the makers expected a premium and their demand was sufficed by the team of Netflix. The same stakeholders had also made an offer of approx. Rs. 150 crores for a direct to digital premiere, however, Shetty and co. were clear on holding back for an exclusive theatrical release.

Malvika Raaj on working with Shah Rukh Khan, Amitabh Bachchan in Kabhi Khushi Kabhie Gham: ‘They are so grounded’

Red Notice Review: Dwayne Johnson, Ryan Reynolds, Gal Gadot Are in It for the Money