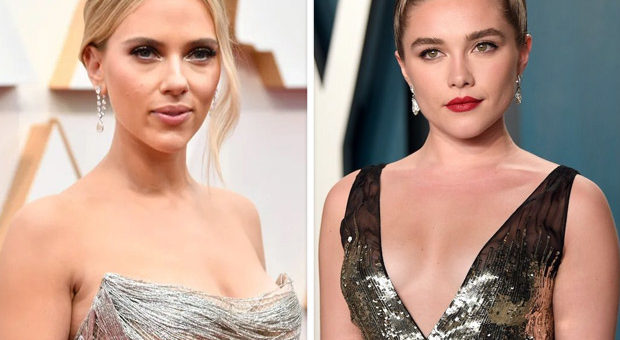 The final moments of Black Widow were not only a surprise for the audience but for the writing staff of Hawkeye too. Head writer Jonathan Igla recalled having to stay quiet about a moment involving Florence Pugh’s Yelena and Jeremy Renner’s Clint Barton.

In Black Widow’s mid-credits scene, Yelena, the breakout character played by Florence Pugh, was put on the trail of Jeremy Renner’s Clint Barton/Hawkeye, teasing up an appearance in the Renner’s Disney+ show that began with this week’s episode. When Marvel added that scene, the Hawkeye team was already writing Yelena into their show after head writer Jonathan Igla lobbied to include her in the series. One day, Igla got word from Marvel Studios boss Kevin Feige that Black Widow would include a post-credit scene leading into Hawkeye, but he had to keep that to himself to preserve the secret as long as possible.

As reported by The Hollywood Reporter, Igla said, “There was a length of time where I wasn’t supposed to share it with the rest of the writing staff. There were a handful of things like that, which was challenging. I did my best. I like to think that I’m an honest broker and if somebody tells me not to share something, even if I think, ‘Well the writing staff really needs to know this,’ then I’m just going to trust their process …. I kept it under my hat for a while.”

It turns out that secrecy was a two-way street. The changes were also kept from Black Widow screenwriter Eric Pearson. He was told to write a scene in which Valentina Allegra de Fontaine (Julia Louis-Dreyfus) puts Yelena on the hunt for Clint Barton, but was not told why.Pearson said in July, “They told me, ‘and then at the end, this is the target.’ And I was like, ‘What does that mean?’ They were like, ‘Don’t worry about it. You don’t have to know that,’”. “I was like, ‘Who am I screwing over? Something is going on! I don’t have an answer for this.’ They were like, ‘You don’t need to. We are going to figure that out.’ I remember writing it and feeling super guilty. ‘I hope whatever writer is working on this next chapter is going to be OK with what I’ve done to them.”

The film Black Widow starring Scarlett Johansson, was released in July this year while the Disney+ mini-series Hawkeye premiered the first episode on November 24, 2021.

Also Read: Disney and Scarlett Johansson settle Black Widow lawsuit – “I am happy to have resolved our differences”