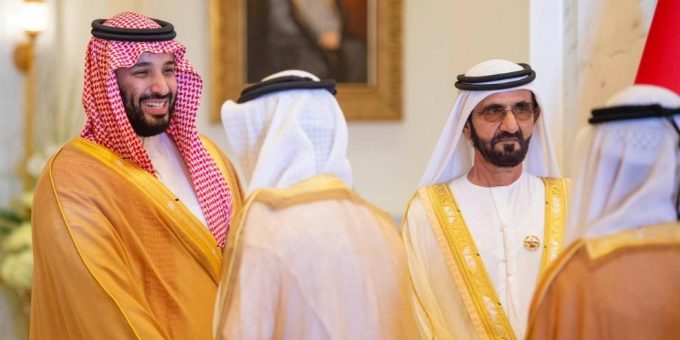 The meeting came after the crown prince arrived in the United Arab Emirates on Wednesday for an official visit.

Sheikh Mohammed bin Rashid said Dubai had received the crown prince “with all the kindness and love.”

“You’ve been welcomed among your family and loved ones,” Sheikh Mohammed bin Rashid said. “History is made by the courageous..and today the region’s history is being changed because of Mohammed bin Salman.”

The Dubai ruler hosted a lunch for the Saudi crown prince and his accompanying delegation, which included the deputy emirs of Riyadh and Makkah, as well as several Saudi ministers. From the Emirate side, Dubai Crown Prince Sheikh Hamdan bin Mohamed bin Rashed attended the feast as well as a number of ministers.