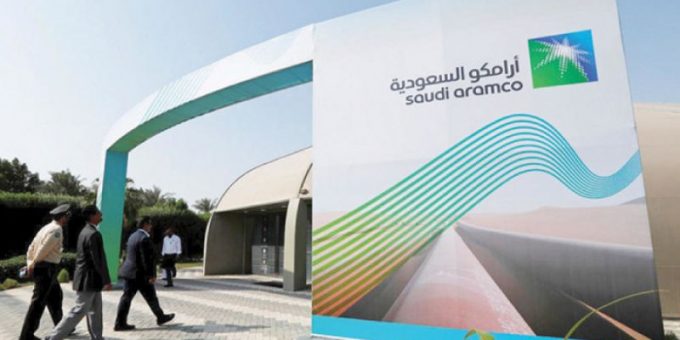 Energy giant Saudi Aramco on Tuesday posted a 25% slump in first-quarter profits and said the coronavirus crisis which triggered a crash in oil prices would weigh heavily on demand in the year ahead.

Aramco was listed on the Saudi stock market in December following a historic $29.4 billion initial public offering — the world’s largest — but since then has faced a torrid environment.

Oil prices slumped to nearly two-decade lows in March, losing almost two-thirds of their value as the coronavirus pandemic sent the world into recession.

Prices plummeted further in April amid a price war between Russia and Saudi Arabia as the major producers scrambled to secure market share.

“The COVID-19 crisis is unlike anything the world has experienced in recent history and we are adapting to a highly complex and rapidly changing business environment,” CEO Amin Nasser said in a statement.

Aramco said that a steep decline in global demand for energy caused by the pandemic would undermine its full-year results.

The world’s largest listed firm posted a net profit of 62.5 billion riyals ($16.66 billion) in the three months to March, compared to $22.2 billion a year earlier.

The company said that the drop in earnings mostly reflected a decline in crude oil prices, as well as shrinking margins in the refining and chemicals businesses.

However, top producers agreed last month to slash output by 9.7 million barrels a day after US WTI crude prices crashed to below zero as lockdowns to contain the coronavirus pandemic sapped global demand and supplies swelled.

On Monday, Riyadh announced it would cut output by more than it had pledged — reducing by an additional 1.0 million bpd — providing markets with a much-needed boost as the world economy cautiously emerges from lockdown.

The move means that in June, Aramco production will drop to 7.5 million bpd — its lowest level since mid-2002, according to analysts.

Almost all global energy giants, including Exxon Mobil, Chevron and BP, have reported huge losses in the first quarter amid the severe downturn.

Aramco, which is responsible for the stewardship of Saudi’s huge energy reserves, has relied on its extremely low production costs to remain profitable.

The company said however that capital spending will be trimmed this year, in a range between $25 billion and $30 billion, down from $32.8 billion in 2019.

Its share price rose 0.5 percent to 31.05 riyals at the start of trading on Tuesday, down three percent from the listing price of 32 riyals.

Since the start of the year, Aramco shares have lost 12% and its current market value stands at $1.66 trillion, way down from levels just over $2 trillion that it hit soon after listing.

Aramco, which is headquartered in the eastern city of Dhahran, last year posted a 20.6% decline in its annual net profits to $88.2 billion due to chronically low oil prices and production levels.