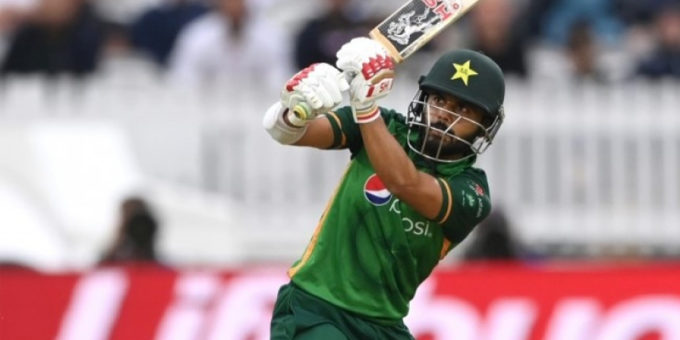 Young middle-order batsman Saud Shakeel has opened up about his gutsy performance at Lord’s during the second ODI against England.

The left-hander’s 56-run knock along with Hasan Ali’s
five-wicket haul were the only positives from the game for the Men-in-Green, in
which they suffered a 52-run defeat.

“It feels a great honour to play at Lord’s. It was a different feeling altogether,” said Shakeel while speaking to the Pakistan Cricket Board. “I had made up my mind to perform here, which could help my side.”

Reflecting on his 56-run knock, the 25-year-old said that
when he went out to bat the team was struggling.

“The situation was not good for us when I went out in the
middle,” he said. “Misbah has told me to stay on the wicket for a long time and
the same thing Fakhar told me to do when I joined him.”

Along with his batting, Saud also showed his bowling skills with
his left-arm spin. He provided Pakistan with a much-needed breakthrough by sending
dangerous Phil Salt (60) back to the pavilion.

“The captain [Babar Azam] and vice-captain [Shadab Khan] had
given me the ball to stop the free flow of runs,” he said. “I started getting spin
on the pitch after that I maintained line and length, and was rewarded with
Salt’s wicket.

“I was excited to get my first scalp in international
cricket as it will always a memorable one.”