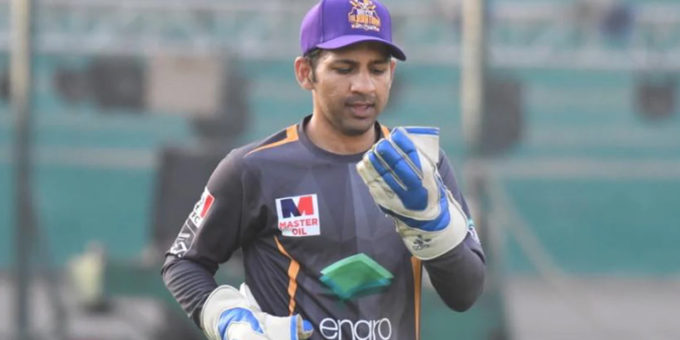 Quetta Gladiators
captain Sarfaraz Ahmed has admitted that his team’s chances of qualifying to
the playoffs of the Pakistan Super League (PSL) 2021 are very ‘slim’.

The 2019 champions have struggled to find the right
combination in the Karachi-leg of the competition where they ended up losing
four out of five matches played.

Sarfaraz, while talking in a virtual press conference on
Thursday, expressed optimism that his team will make a comeback in the coming
matches.

“Our chances of
qualifying to the playoffs are very slim,” he said. “ But I am confident that
my team is capable of making a comeback.”

Talking about the team’s performance in the first-half of
the PSL 2021, the wicketkeeper-batsman highlighted fielding as a major concern.

“We played good
cricket thought out the campaign but our fielding was below par,” said
Sarfaraz.  “We batted well and also our bowling was decent too. However,
we dropped a few catches which cost us the games.”

Gladiators will face Islamabad United in the match 18 of the
competition on Friday.