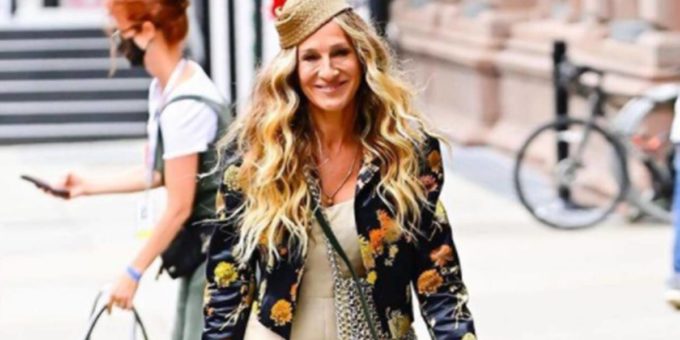 It appears that actor Sarah Jessica Parker is Carrie Bradshaw in real life. Parker, who brought to life the iconic character in the Sex and the City show and the two films that followed it, has admitted that she owns all of the clothes that Bradshaw wore throughout the six seasons and the SATC movies.

During her cover interview for the December 2021 issue of Vogue, the Golden Globe winner was quoted as saying, “I had all of the original stuff in my own storage. Furniture, clothes, everything, packed according to season and episode and scene… I kept every single solitary thing.”

Parker, now 56, had brought Bradshaw to life in 1998, when the show premiered on HBO. It is based on the eponymous column and book by Candace Bushnell. In the story, Parker played the dreamy-eyed sex columnist who had a passion for designer shoes and finding love in the The Big Apple.

In the course of the show and films, she had many encounters — some with potential love interests — but, mostly to do with shoes, and she has stacked them all in her closet as memories.

A reboot for SATC was announced, titled ‘And Just Like That…‘ —  a 10-episode sequel series. During the Vogue interview, the actor confessed that while Bradshaw lives with her husband Big, the show explores the question of, “What is it about a place like this that you need to hold on to for all these years? Why can’t you just let it go?” It refers to her original apartment, and all the things that belong there — everything, every person with whom Bradshaw has had a connection in her life thus far.

Other cast members like Cynthia Nixon and Kristin Davis, along with Chris Noth, David Eigenberg, Evan Handler, Mario Cantone, Bridget Moynahan and Willie Garson — who died from pancreatic cancer in September 2021 — will also be seen reprising their roles.

Kim Cattrall, however, will not return for her character’s revival in the original HBO series.

Cleaning Out Your Fridge Before Re-Stocking? Here Are Some Recipe Ideas

Jagan Reddy’s Sister Launches Party In Telangana, He Stays Away
2021-07-08