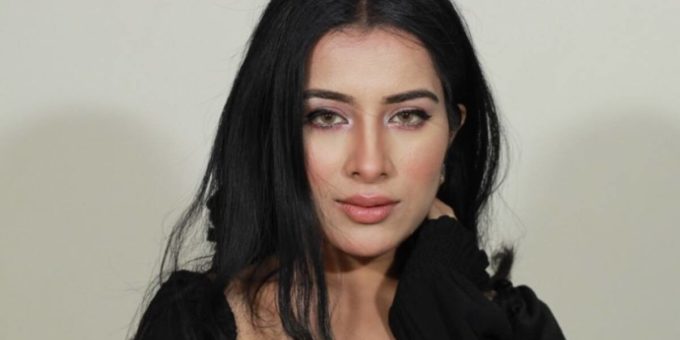 Punjab’s Sara Gurpal became the first contestant to get eliminated from Bigg Boss 14. The model-actor-singer was chosen as the weakest housemate by ‘Toofani Seniors’ Hina Khan, Sidharth Shukla and Gauahar Khan.

Apart from Gurpal, others nominated by housemates were Nishant Singh Malkani, Rahul Vaidya, Abhinav Shukla, Eijaz Khan, Shehzad Deol and Jaan Kumar Sanu. While initially the seniors debated between Malkani and Vaidya, they finally picked Gurpal as the contestant who will leave the show.

Sara Gurpal’s short journey in Bigg Boss 14 house was rather uneventful. While during the premiere, Malkani and Deol tried their best to woo her, Gurpal was shocked when the seniors rejected her for the house. Once in the house, she did try her best to win their hearts by even getting her hair cut for a task, but they did not seem to be impressed. Even when she performed well during the immunity task, none of the seniors appreciated her in the Weekend Ka Vaar episode, and called her one of the weakest links. Thus their decision to evict her did not come as a surprise to many.

While Gurpal had a close bond with most contestants, it was her love-hate relationship with Nikki Tamboli that created some drama. While initially all was well, with Tamboli even sharing her clothes with Gurpal, soon the two were at loggerheads. Gurpal was also addressed as ‘baccha’ by most housemates, given her age and innocence. Many in the audience also accused her of copying Shehnaaz Gill and her personality in the reality show.

Before entering the Bigg Boss 14 house, Sara Gurpal told indianexpress.com that she knows that she would be compared with Gill, given they both come from a similar background. “I am totally fine with the comparisons. Shehnaaz did so well on the show. I think she was amazing, and I hope I can do the same. I even loved Sidharth Shukla and her chemistry. I think we Punjabis are like that, and can win hearts,” she shared.

On the show, Gurpal may not have made a mark; however, outside the house, she made headlines after a man named Tushar Kumar claimed that he was married to her. He also revealed that Gurpal left him after a few months of their wedding and has been lying about being single on Bigg Boss 14.

How watchOS 7 Can Help You, and Your Apple Watch’s Battery, Stay Healthy, and More