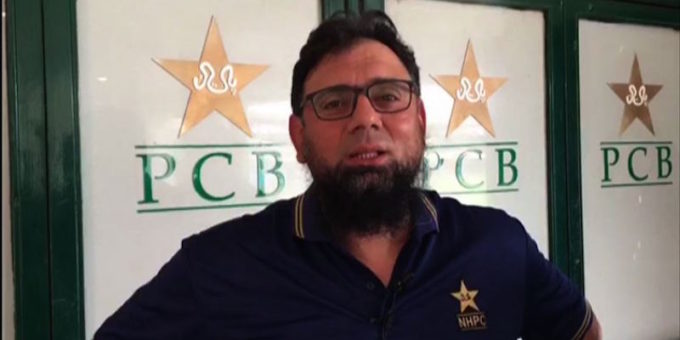 Saqlain Mushtaq has stepped down as Pakistan’s interim head coach with the Pakistan Cricket Board (PCB) set to appoint a foreigner for future series.

Sources within the PCB also confirmed that Mushtaq is no
longer associated with the men’s national side.

Mushtaq served in the role for the T20 World Cup, tour of
Bangladesh and home series against West Indies. He was roped in by the PCB
after the sudden resignation of head coach Misbahul Haq in September, last year.

It must be noted that PCB Chairman Ramiz Raja had hinted,
yesterday, that a foreigner will be hired as the next head coach of the Men in
Green.

“I discussed the future of Pakistan’s team management with
Saqlain, Babar Azam and Rizwan and the general opinion is about inclusion of a
foreign coach in the Pakistan team environment,” said Raja. “I firmly believe
that you need someone with local knowledge on away tours. But you also need
some regular coaches in order to maintain a good environment in net sessions.”

“I also think that we might not have the capacity to give
all the responsibilities to the captain [Babar]. He is a relatively new captain
which is why we don’t want to pressurise him,” he added.

Where is Collin Gosselin? Fans Notice Him Missing From Jon and Hannah’s Photos
2021-11-24