Actor Samantha took to her social media to share how “being sexy” was the most difficult task for her. Samantha shared a still from her song Oo Antava Oo Oo Antava, which will be featured in Allu Arjun’s Pushpa.Sharing the picture, Samantha wrote, “I played good, I played bad, I was funny, I was serious, I was a chat show host too. I work really hard to excel at everything that I take up but being sexy is next-level hard work. Phew, #ooantavaooooantava Thank you for the love.”

Many actors expressed their admiration for Samantha in the comment section. Bahubali star Tamannaah wrote, “Stunning” while Malavika Mohanan commented, “And how you excelled at that too! Uff!”.

Samantha had also posted an appreciation post for Allu Arjun, lauding his performance in Pushpa. She wrote, “A performance that just keeps you hooked. Every second was. I am always inspired when an actor is just so good that it is impossible to look away. @alluarjunonline was that for me in Pushpa. From the accent to the one side drooping shoulder and that god damn swag. Phew .. absolutely stunning .. truly inspired.” Arjun thanked her and wrote,  “Thank you for your heartfelt compliments dear. Touched.” 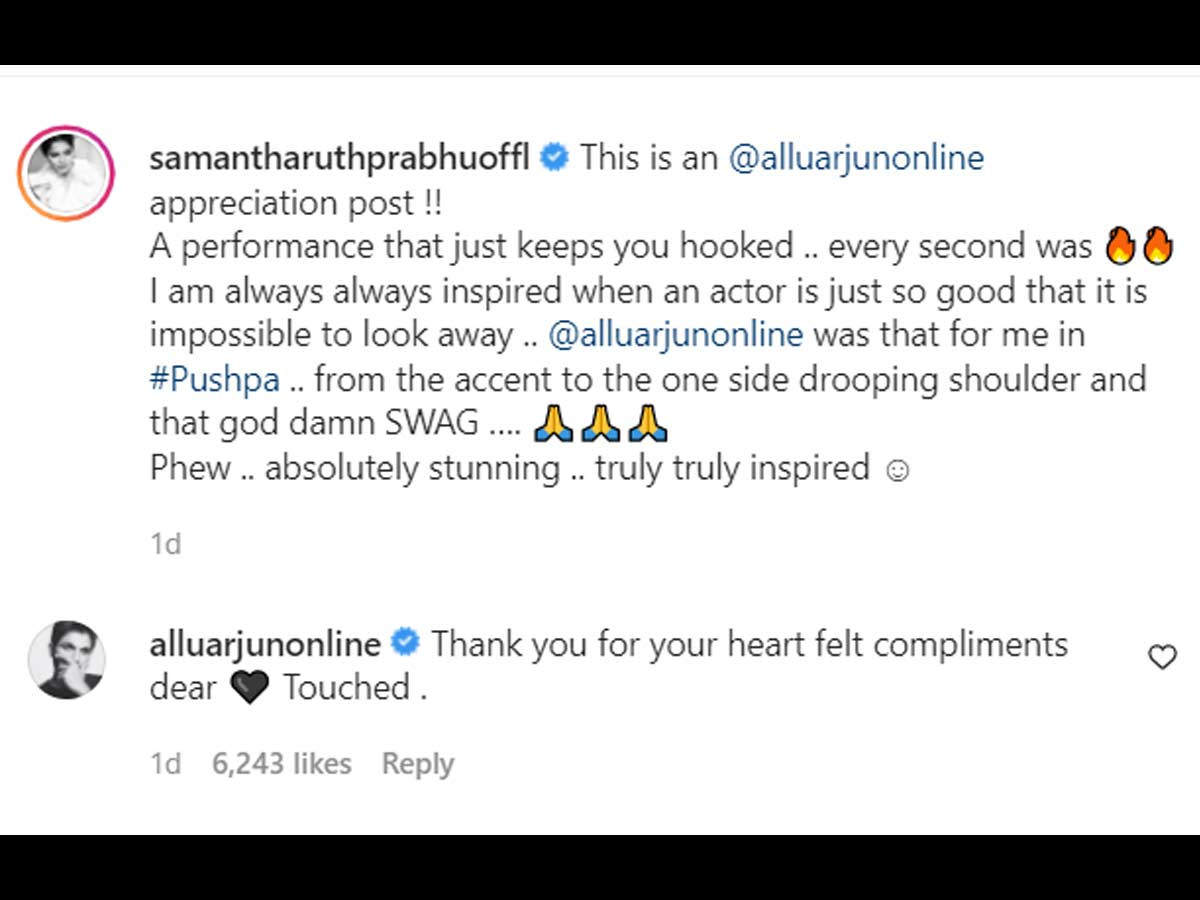 Chrishell Stause and Jason Oppenheim: It’s Over! After Just 5 Months!