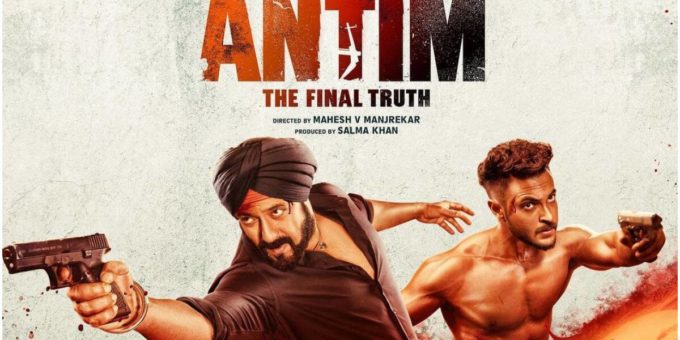 Antim: The Final Truth is set to premiere on ZEE5 on December 24, a month after its theatrical release, the streaming service announced on Wednesday. The action thriller, a remake of the Marathi movie Mulshi Pattern, features Salman Khan and Aayush Sharma.

In a statement, a spokesperson for Salman Khan Films said the team is looking forward to the digital release of the film on ZEE5.

“The audience gave an overwhelming response to the theatrical release of Antim: The Final Truth. We are happy that they can now watch the film at their convenience and post the success of Radhe, what better platform than ZEE5 to premiere it,” the spokesperson said.

Antim narrates the story of two individuals with differing ideologies who belong to two divergent worlds, leading to a nail-biting finale. Manish Kalra, Chief Business Officer, ZEE5 India, said they are thrilled to once again team up with Salman Khan post their previous two movies — Radhe and Kaagaz, which the actor produced. “We at ZEE5 are focused on curating and creating good quality content to entertain the audience and bringing their favourite stars to their screens. It gives us great pleasure to associate with Salman Khan and Salman Khan Films once again after the tremendous success of Kaagaz and Radhe on ZEE5.

“We are proud to not only present Antim: The Final Truth to fans, just before their most loved actor’s birthday. We are eagerly looking forward to the premiere and hope that all Salman Khan fans cherish this birthday gift,” Kalra said.

Gauri receives Christmas gifts and a note from Farah