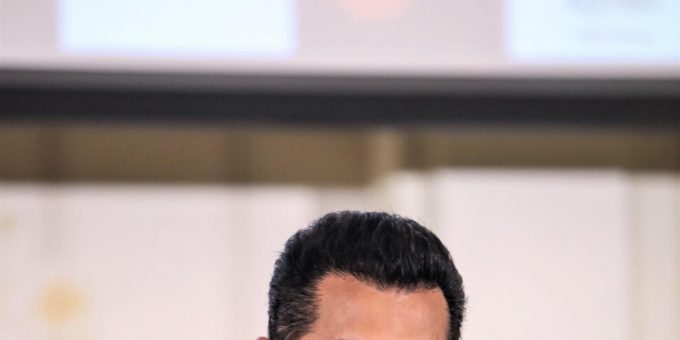 Fans’ favourite celebrity dance show, Nach Baliye is gearing up for its ninth season, this time, being co-produced by superstar Salman Khan. Earlier this year, it was also reported that he will be roping in Bharat co-star Sunil Grover and actress Jennifer Winget to host the competition on TV. Now, according to Mumbai Mirror, Salman is adding yet another twist to Nach Baliye 9. Instead of bringing in celebrity couples who competed against others for the top prize, the Bajrangi Bhaijaan star will be changing the format of the show and is looking forward to invite ex-couples to perform together on stage.

A source close to the developing team of Nach Baliye 9 revealed that Salman is very involved in the creative aspect of the show. He is brainstorming over several new and different ideas with the team which he wants to incorporate in the upcoming season. The source said, “With getting ex-lovers, the idea was to spice up the show. The audience will enjoy their chemistry.”

Speaking of producing the show, Salman also stated, “This year’s Nach Baliye is going to be all about entertainment with our new concept of not only having couples, but also inviting ex-couples to compete under one roof.” So is the actor trying to rekindle old flames? Only time will tell as the show goes on air in mid-July. In the meantime, he is also gearing up to release a fictional show under his production banner that will feature his younger brother, Sohail Khan. Simultaneously, he is also returning as Chulbul Pandey with Dabangg 3and starring alongside Alia Bhatt in Sanjay Leela Bhansali’s Inshallah.

In regards to having different celebrity judges on the show, it has also been rumoured that Salman will be asking a few actors and actresses of the 90s. The actor’s co-star from Andaz Apna Apna, Patthar ke Phool and Kahin Pyar Na Ho Jaaye, Raveena Tandon has been approached to serve as a judge on the show, amongst two others. She is currently in talks with the team of Nach Baliye 9. The actress has been a part of various other reality shows as well, namely Sabse Bada Kalakar and Comedy Ka Maha Muqabla. However, when asked about details of her involvement, she stated that nothing has been finalized yet. Before Raveena, dance stars Tiger Shroff, along with rumoured girlfriend and co-star Disha Patani were approached. Salman had even asked Shahid Kapoor to join the judges’ panel.

Akshay Kumar’s ‘Sooryavanshi’ to release on Eid next year