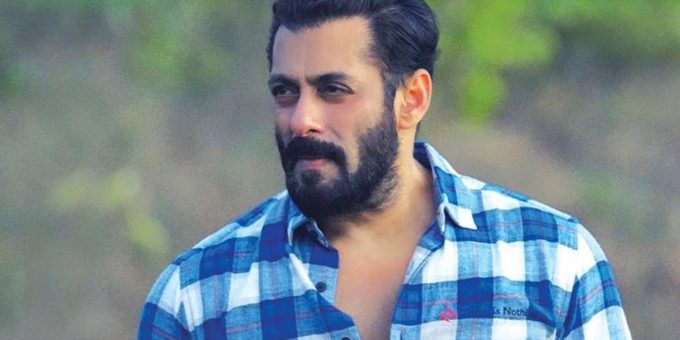 Bollywood superstar Salman Khan says Beyond the Star, a forthcoming docu-series on his life and career, will present an honest and fun account about him as a person off camera.

The project will trace the journey of the 55-year-old actor, his superstardom, his equation with people in the film industry, controversies, among other things, and will be narrated by his family, friends, co-stars, directors, producers and media people.

Salman Khan said it was his friend, Romanian actor-model Iulia Vantur who came up with the idea of making a docu-series to encapsulate his journey of 33 years in the movies.

“My docu series is Beyond the Star. Iulia had thought of it and I felt it was a good concept. Whoever I have worked with, staff, friends, co-stars, directors, producers will talk about how I was earlier and how I am now.

“She narrated it to Andre (Timmins, Wiz Films) and he took it to Applause Entertainment and they finalised this. It is a very good project,” the actor told PTI in an interview.

The docuseries, directed by Viraf Sarkari, will also talk about all the people who have helped Salman Khan become the star he is.

Khan also informed he was supposed to work on Beyond the Star after completing work on his films but ended up doing it first. The docu-series went on floors in October.

“Everyone has come in to talk. People have come and spoken honest things. People who didn’t like things have also spoken and those who liked have also spoken. So the entire journey has been in a way captured. It is as honest (as possible). And it is fun.”

He is also an entrepreneur and a humanitarian who has extended support, both financial and otherwise, to colleagues and common people through his charitable trust Being Human Foundation that helps the needy in various services from education to healthcare.

“It is a manufacturing defect and it comes from parents and their parents, even my brothers are like that,” the actor quipped when asked to comment about his support to various causes.

Every day is a learning, Khan said, reminiscing the lessons life has taught him unknowingly.

“And God always gives you two options – good and bad. I feel once you are dead and gone, you should tell your children to follow this man or be like him. It is about teaching the right thing to do,” he added.

Beyond the Star will be co-produced by Salman Khan, Wiz Films and Applause Entertainment.

A documentary on Hindi cinema’s most celebrated screenwriter duo Salim Khan and Javed Akhtar is also in the works.

Titled Angry Young Men, the documentary will be produced by the writers’ children Salman Khan, Farhan Akhtar and Zoya Akhtar.

On the movie front, Salman Khan has Yash Raj Films third installment of Tiger series in the works. The spy thriller, directed by Maneesh Sharma, will see Khan and co-actor Katrina Kaif reprise their roles of RAW agent Tiger and ISI agent Zoya.

The actor also confirmed that he is playing Indian spy Ravindra Kaushik in a film, which will be co-produced by his sister Alvira Khan Agnihotri and his brother-in-law Atul Agnihotri.

Yemen’s Marib will not fall to Houthis, says Hadi

Sara Ali Khan is the sixth most searched person in Pakistan : Bollywood News
2019-12-13

Masks or wearable art? Check out these 7 iconic face masks that broke the internet
2020-09-13