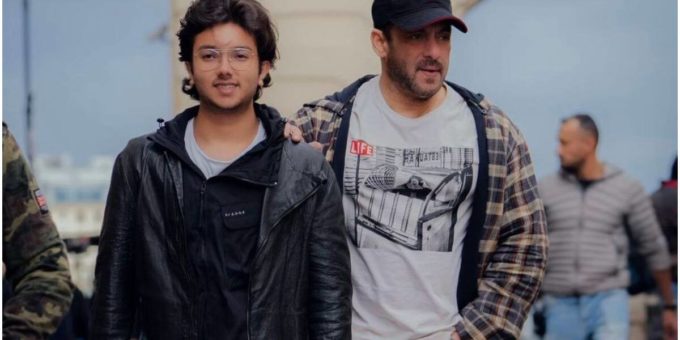 Salman Khan has shared a new click from Russia, where he is currently shooting for  Tiger 3. HIs latest photo has him enjoying a walk with his nephew Nirvan, Sohail Khan’s son.

In the click, Salman is seen wearing casual denims and a white printed t-shirt and jacket with his signature cap, and Nirvan is seen smiling away as he walks next to his uncle, donning a black leather jacket.

Nirvan too had shared a picture form Russia on his Instagram, where he wrote, “Wind chill effect.”

Nirvan, the elder son of actor Sohail Khan and Fabulous Life of Bollywood Wives star Seema Khan, hopes to join the film industry and be behind the camera, as a filmmaker. And our sources suggest that Nirvan has joined Salman’s Tiger 3 to gain some first hand experience as an assistant director.

Tiger 3 stars Katrina Kaif and Emraan Hashmi along with Salman. The film is being helmed by Yash Raj Films’ diretor Maneesh Sharma.

After finishing the Russia schedule, the film will then be shot in picturesque locales of Turkey and Austria.

Salman will also star in Mahesh Manjrekar’s Antim: The Final Truth and Kick 2. On the other hand, after Tiger 3, Katrina will take up Farhan Khan’s Jee Le Zaraa along with Priyanka Chopra Jonas and Alia Bhatt, and Sriram Raghavan’s film with Vijay Sethupathi.