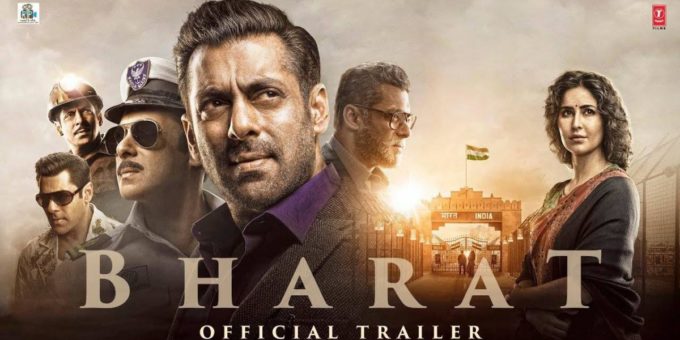 Salman Khan and Katrina Kaif’s upcoming film Bharat is all set for a release on Eid ul Fitr. The film is a remake of the Korean film ‘An Ode to My Father’ and Salman Khan and Katrina Kaif also star with Sunil Grover and Disha Patani. Directed by Ali Abbas Zafar, the film is sure to be an entertaining hit and the past two songs that have been released, Slow Motion and Chashni, have climbed the top charts. Slow Motion already has 48 million views whereas Chashni, just released yesterday, has had 17 million views.

The new song ‘Aithey Aa‘ has a very strong ‘Baby Ko Bass Pasand Hai‘ hangover from Salman’s earlier film ‘Sultan‘. The same arrangement of flowers, the female protagonist surrounded by colourful fellow dancers and even some of the dance moves are eerily similar to Baby Ko Bass Pasand Hai which had Anushka Sharma and Salman Khan dancing to the tune.

Check out the song ‘Aithey Aa’.

Don’t you think they look familiar? Slow Motion, for all its faults, is original in its theme and music. Chashni also has a very strong ‘Zaalima‘ meets ‘Teri Ore’ feel with the rustic architecture and grinning in the desert aesthetic but Baby Ko Bass Pasand Hai and Aithey Aa seem highly identical.

Salman Khan is currently also shooting for Dabangg 3 which will star Sonakshi Sinha and he will then move on to appear with Alia Bhatt in Sanjay Leela Bhansali’s Inshallah. Salman Khan was recently seen in Race 3 and Tubelight, both of which were unsuccessful. His collaboration with Ali Abbas Zafar in Tiger Zinda Hai was a massive success so here’s hoping that despite the heavy ‘inspirations’ from previous Bollywood motifs and a borrowed storyline from An Ode to My Father, this film will crack box office gold for Bhai.

Game of Thrones Spoilers: Is This Really How It Ends?

Ready For Muhurat Trading? Here Are Some Stock Picks By Top Brokerages
2020-11-15