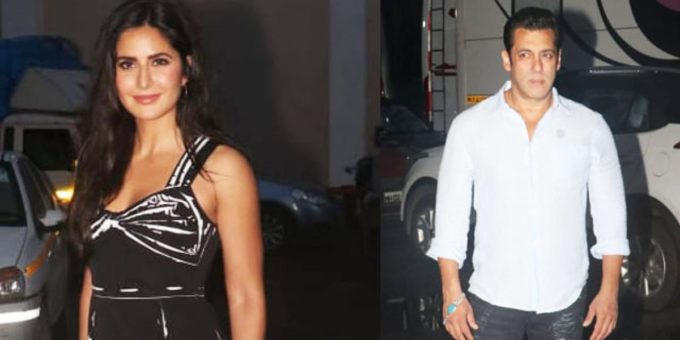 Salman Khan and Katrina Kaif were spotted at Mehboob studios. Katrina Kaif was looking very glamorous as Salman Khan sported rugged jeans and a pensive look on his face as he posed for photographers. The onscreen power couple is currently riding the success from Bharat, the film, that was released on Eid ul Fitr 2019. Bharat opened to thundering opening as it earned over 42 crores at the box office on its first day. It also has had a run of around 161 crores so far.

Check out Katrina who is all smiles for the paps.

Katrina Kaif received critical acclaim for her work in Zero however the film was a commercial failure. It starred Shah Rukh Khan and Anushka Sharma in key roles and was directed by Anand L. Rai. The film was panned by critics as well though Katrina’s role was an alcoholic destructive young actress was praised by everyone. She got her first big break in Bollywood with the film Partner that starred Salman Khan and Govinda.

Katrina Kaif’s collaborations with Salman Khan have always worked like a charm for her as her Tiger franchise has also done remarkably well. Katrina will soon be seen with Akshay Kumar in Rohit Shetty’s Sooryavanshi. Interestingly Salman Khan will be starring with Alia Bhatt in the Sanjay Leela Bhansali film that was set to clash with Salman Khan releasing his film in 2020 Eid ul Fitr but according to latest reports, Rohit Shetty has opted out of clashing with Bhai at the box office 2020.

Home prices in Vancouver are quadruple what average millennial can afford: report