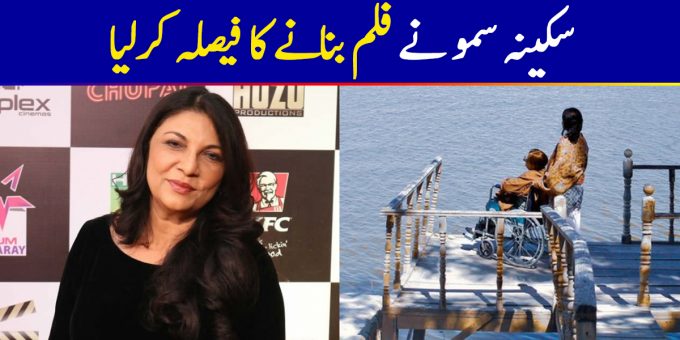 Sakina Samo is also all set to come out with a movie. The industry is growing rapidly and more and more people are coming towards the cinema. Sakina Samo is also set to get the film n front of the audience. Her movie is titled Intezar and it is in the post-production phase right now. Sakina Samo is both directed and produced the film while it is written by none other than Bee Gul who has given us some powerful scripts in dramas.

She called the movie a labour of love and it has Samina Ahmed, Kaif Ghzanavi, Khalid Ahmed, Adnan

Jaffer and Raza Al Abid in the cast. Here is her announcement:

I always wanted to make films and when the time was right, the call came loud and clear. Making a first feature film with absolute certainty, without thinking of result or reward – that is a labour of love supported by a bit of madness. #pakistancinema #worldcinema #indiefilm pic.twitter.com/NQRYzK4DpK

Intezar is surely going to be a very different film. Let’s wait and see what treat is in the house for us!