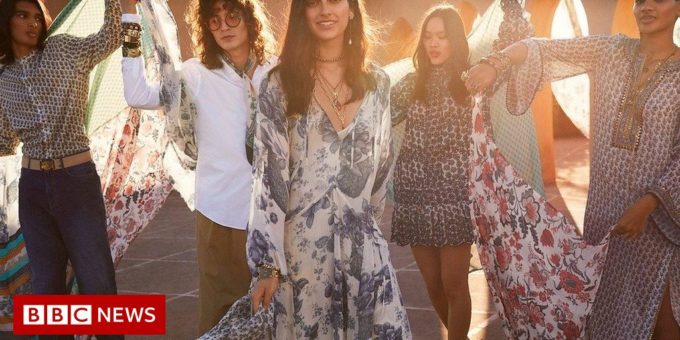 Sabyasachi Mukherjee is a globally sought-after designer from India.

Best known for bridal wear, dressing the likes of Priyanka Chopra-Jonas and Deepika Padukone on their wedding days, his designs have been worn by many stars, including Oprah Winfrey and Sophie Turner.

Wanting to reach a wider audience, he teamed up with H&M to make a collection more affordable for high street shoppers.

‘Wanderlust’ came with excitement, but it soon came in for criticism too.

An open letter from groups representing crafts workers in India was addressed to the designer, disappointed by how the clothes were produced with a fast fashion brand.

For others, they simply couldn’t get their hands on the clothes before they sold out. A business success perhaps, but Sabyasachi told BBC News what his intention behind the collaboration was.