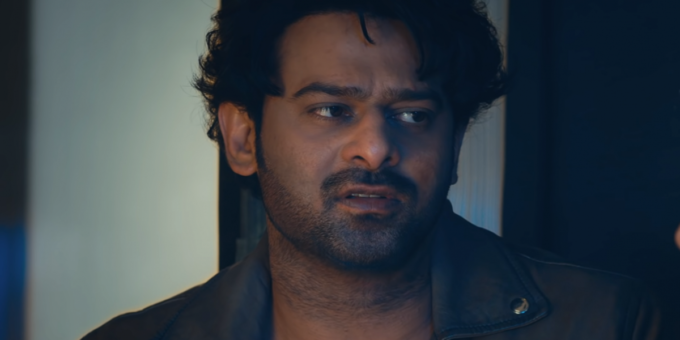 I think the other August 15 releases namely Mission Mangal and Batla House, have serious reason to be scared. The teaser of Saaho which has caught on like a viral fever, knock the socks off every action film in Bollywood. The super-spinner gives Prabhas a brand new post-Baahubali image.

No walkover, this. Prabhas is lean mean and completely never-before-seen as he battles the baddies in what looks like a mishmash of futuristic cinema and present-day Bollywood, all yoked together in a dazzling display of fireworks.

I saw Chunky Pandey grimacing in a shot (Student of the Leer?), and Jackie Shroff churlishly hurling a cup across a table (Cup Kyon Aur Kahan?). But it’s Prabhas’ show all the way.  His incredible transformation into an action avatar leaves us pretty breathless. And he looks convincing revving down that slick highway which Rohit Shetty knows so well. Looks like Shetty has competition in director Sujeeth.

But the real surprise, if you ask me, is Shraddha Kapoor. She is right up there kicking ass with Prabhas in the slick action scenes (which seem to have been designed by a choreographer rather than an action director). Shraddha seems to have an unusually large role to play for an out-and-out Prabhas-centric actioner.

Shraddha is also part of a truly hilarious verbal exchange in the midst of the elegant mayhem, when pausing for breath she asks Prabhas who these people attacking them are.

“Why are they so violent?” she asks “Diehard fans,” re-deadpans Prabhas.

If you think about what Bruce Willis did to the action genre in Die Hard you would get a pretty vivid picture of what this teaser promises to do to the Great Indian Action Flick.