Breaking News
2022-12-09 R. Kelly Releases Album Titled “I Admit It” While Locked Up For Sex Crimes 2022-12-09 Argentina Survive Late Drama To Beat Netherlands On Penalties, Book Semi-final Date With Croatia 2022-12-09 Coffee Trail Through Bengaluru – Best Cafes In Indias Coffee Capital 2022-12-09 Why you could be unhappy at work 2022-12-09 Sri Lanka Navy celebrates 72 years; promotions given to officers and other ranks 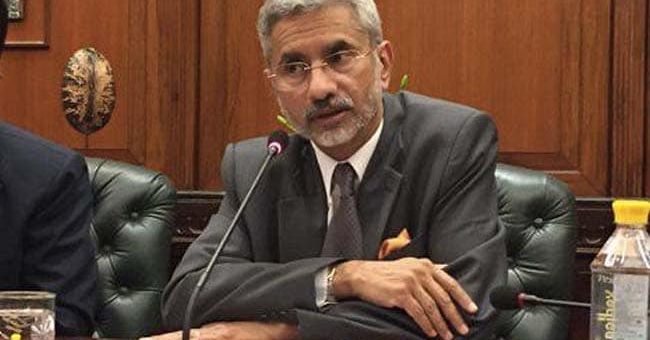 India has had to struggle mightily to gain influence in a domain that could have come more easily earlier as its foreign policy carries “three major burdens” from its past — Partition, delayed economic reforms and prolonged exercise of the nuclear option, says External Affairs Minister S Jaishankar.

The former diplomat makes these remarks in his new book “The India Way: Strategies for an Uncertain World”, which is scheduled for release on September 7.

With the period from the 2008 global financial crisis to the 2020 coronavirus pandemic seeing a real transformation of the world order, Jaishankar analyses the challenges India faces and spells out possible policy responses.

As India rises in the world order, it should not only visualise its interests with great clarity but also communicate them effectively, he writes in the book.

“One is the 1947 Partition, which reduced the nation both demographically and politically. An unintended consequence was to give China more strategic space in Asia. Another is the delayed economic reforms that were undertaken a decade and a half after those of China ~CHECK~ the 15-year gap continues to put India at a great disadvantage.”

The third, Mr Jaishankar says, is the prolonged exercise of the nuclear option. “As a result, India has had to struggle mightily to gain influence in a domain that could have come so much more easily earlier…”

He terms his book an “effort to contribute to that endeavour, encouraging an honest conversation among Indians, without discouraging the world from eavesdropping”.

In a statement, publishers HarperCollins India says the very nature of international relations and its rules is changing and for India, this means optimal relationships with all the major powers to best advance its goals.

“Jaishankar analyses these challenges and spells out possible policy responses. In doing so, he is very conscious of balancing India”s national interest with international responsibilities. He places this thinking in the context of history and tradition, appropriate for a civilisational power that seeks to reclaim its place on the world stage,” it says.

According to Jaishankar, international relations may be mostly about other nations, but neither unfamiliarity nor indifference lessens its consequences. “So, rather than allow events to come upon us, these are better anticipated and analysed.”

“I have had a ringside view of recent global changes. Above all, interacting with our own leadership over many years at different levels of hierarchy had a value that is difficult to put in words. From that, the big takeaways were the importance of defining strategic goals, recognising optimal outcomes and appreciating the interplay of politics and policy,” he writes in the book.

Jaishankar put out a tweet on Tuesday evening, saying, “A two-year project finally concluded. Thank all those who made it possible. Should hit the bookstands in early September.”

He has also had other diplomatic assignments in embassies in Moscow, Washington DC, Colombo, Budapest and Tokyo, as well as in the Ministry of External Affairs and the President”s Secretariat.