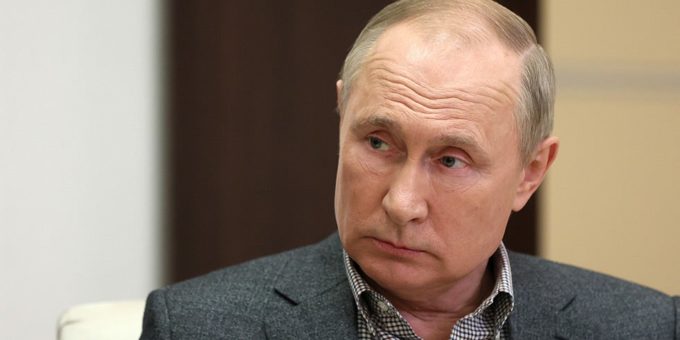 Even as the nation’s capital goes quiet for the Thanksgiving holiday, the Biden administration must contend with reports that nearly 100,000 Russian troops are stationed at various locations on the country’s western border, with no sign of those numbers waning.

Tensions have grown so high that the U.S. Embassy in Ukraine on Wednesday warned of “unusual Russian military activity” near Ukraine’s eastern border and in the annexed peninsula of Crimea, telling U.S. citizens not to travel there.

“U.S. citizens are reminded the security conditions along the border may change with little or no notice,” the embassy said.

The new warnings come as Ukraine, a strategic U.S. ally, this week began to publicly trumpet that Russia could invade as soon as January or early February, much like when it annexed the Crimean Peninsula in 2014 and backed an insurgency in eastern parts of the country that continued on. More than 14,000 people have since been killed in that conflict.

A similar land grab, which would be the second in less than 10 years, has global implications and could trigger a massive military conflict as well as geopolitical strife between Russia and Western nations.

“Our concern is that Russia may make the serious mistake of attempting to rehash what it undertook back in 2014, when it amassed forces along the border, crossed into sovereign Ukrainian territory and did so claiming — falsely — that it was provoked,” Secretary of State Antony BlinkenAntony BlinkenCIA director says there will be consequences if Russia is behind ‘Havana Syndrome’ attacks Buttigieg has high name recognition, favorability rating in Biden Cabinet: survey US considering sending military advisers, weaponry to Ukraine: report MORE said earlier this month.

But U.S. officials are determined not to be caught off-guard by such a military operation, with Blinken on Saturday indicating the administration was preparing for any aggressive Russian maneuver.

“We know the playbook of trying to cite some illusory provocation from Ukraine or any other country and using that as an excuse for what Russia plans to do all along,” Blinken said while traveling to Senegal.

Reports also emerged this week that the Biden administration is mulling its options to deter the Kremlin, including sending military advisers and new weapons to Kyiv.

Such an aid package could include helicopters, mortars, air defense systems such as stinger missiles and new Javelin anti-tank and anti-armor missiles.

U.S. officials have also reportedly talked with European allies about forming a new sanctions package that could go into effect should Russia invade.

State Department officials have not publicly mentioned any new weapons or sanctions package, but one official told The Hill on Tuesday that the administration has “demonstrated that the United States is willing to use a number of tools to address harmful Russian actions and we will not hesitate from making use of those and other tools in the future.”

Also in an effort not to be caught flat-footed, administration officials have shared intelligence with allied countries.

Jen PsakiBiden: Guilty verdicts in Arbery case ‘not enough’ Buttigieg has high name recognition, favorability rating in Biden Cabinet: survey Overnight Energy & Environment — Biden to release 50M barrels from oil reserve MORE on Monday told reporters that the administration has “had extensive interactions with our European allies and partners in recent weeks, including with Ukraine.”

She added that the U.S. has “also had held discussions with Russian officials about Ukraine and U.S.-Russian relations in general.”

Pentagon officials have also kept in close contact with their counterparts, with Joint Chiefs of Staff Chairman Gen. Mark Milley

Mark MilleyOvernight Defense & National Security — Russian military moves cause for concern Drones are a strategic liability for US US Embassy warns of ‘unusual Russian military activity’ near Ukraine’s border, in Crimea MORE speaking by phone with the Lt. Gen. Valeriy Zaluzhny, the commander in chief of Ukraine’s military, on Monday.

In addition, the administration has sent U.S. Navy patrol boats to help the Ukrainian navy counter Moscow in the Black Sea.

But even with its threatening stance, one that numerous NATO nations have publicly noted, Russia continues to deny it has any intention to invade its neighbor like it did nearly eight years ago.

Russian spokesman Dmitry Peskov said Tuesday that its amassing of forces and equipment don’t “pose a threat to anyone and should not cause concern to anyone.”

He instead blamed a “targeted information campaign” from Western nations as the cause for “building up tension” and said should the U.S. send additional military assistance to Ukraine, it could lead “to a further aggravation of the situation on the border line.”

Western nations are not convinced, however, and even less so with Russia this week conducting further military exercises, according to a Wednesday report by Interfax.

Russia reportedly had fighter planes and ships practicing airstrikes and combating air attacks, including about 10 aircraft crews and ships of the Black Sea fleet’s Novorossiysk naval base, Interfax wrote.

Ukraine, for its part, is equally preparing for any military maneuver with its own drill this week.